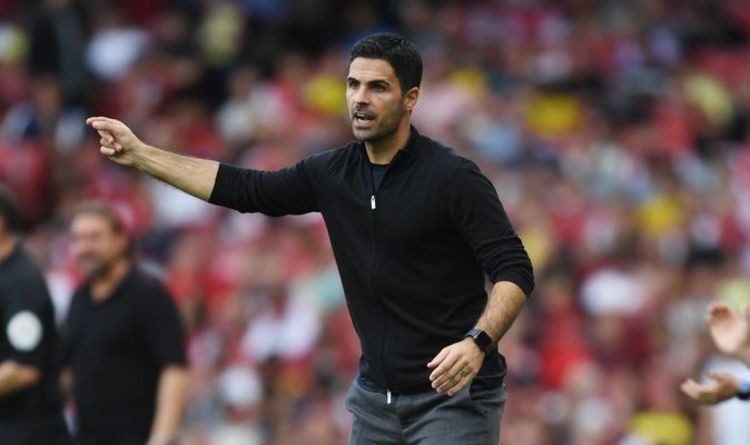 Mikel Arteta sprung a surprise by dropping Bernd Leno for Aaron Ramsdale in Arsenal’s Premier League match against Norwich on Saturday. Arteta was under huge pressure ahead of the game and made seven changes altogether, as the Gunners picked up a crucial 1-0 win over the newly-promoted side.

Ramsdale joined Arsenal late in the summer transfer window after the club agreed to pay Sheffield United a fee which could rise to £30million with add-ons.

He was expected to have to be patient for his opportunities, with Leno firmly established as Arsenal’s number one.

But having played in the 6-0 win over West Bromwich Albion in the League Cup on August 25, Ramsdale was given another chance in a must-win Premier League game.

“Like the other seven changes we made, they are to try and win the match,” Arteta explained pre-match.

“We have two fantastic goalkeepers and today we have gone for Aaron.”

That proved to be a good decision by Arteta, whose side not only scored their first goal of the season in the league through Pierre-Emerick Aubameyang but also kept their first clean sheet.

Norwich are now the only side without a point in the Premier League and Daniel Farke’s side only had one shot on target from their 10 attempts in total.

Despite not having too much to do, Arteta was full of praise for his new goalkeeper.

“I think he was terrific,” he said after the game.

“It’s not only what he did on the technical side, it’s what he transmits, his energy, his chemistry with the backline, how he reacts, his body language. I think he was top.

“We have two fantastic goalkeepers. Never forget what Bernd has done for us and what a good goalkeeper he is.

“I had to make a decision and today I believed Aaron was the right one to do so, like in any other position we have to decide and that’s what we decided today.

“I want to see how they perform. Now we need performances and we need to win football matches.

“Whoever gives the better performances, transmits better things and is more reliable is going to play.”

Ramsdale was not the only new signing to make his Premier League debut for Arsenal, with Takehiro Tomiyasu selected following his deadline day arrival from Bologna.

The Japanese international started at right-back, with Ben White partnering Gabriel at centre-back and Ainsley Maitland-Niles playing alongside Albert Sambi Lokonga in midfield.