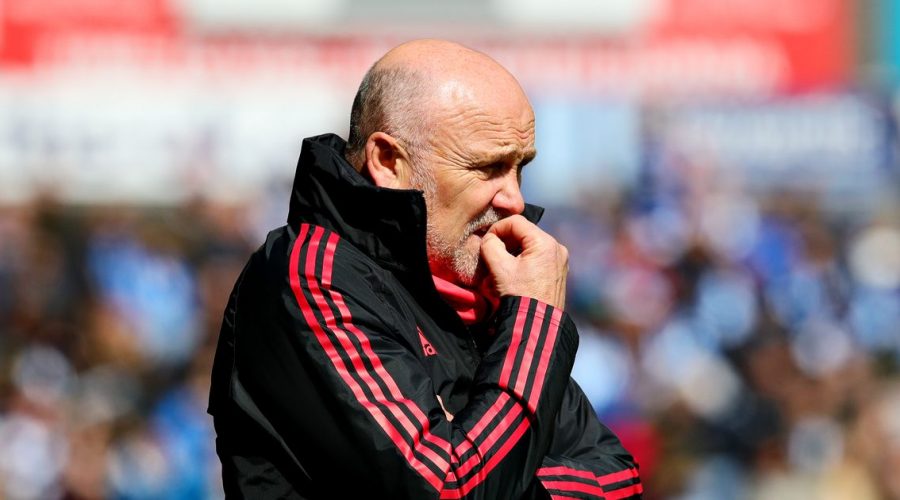 Mike Phelan’s previous frustrations about Jesse Lingard’s performances for Manchester United appear to make it unlikely that the midfielder still has a part to play at Old Trafford.

The 28-year-old failed to make an appearance for the Red Devils this season, before completing a loan move to West Ham in January.

That form saw him earn a recall to the England squad from Gareth Southgate for last week’s World Cup qualifiers and he went on to appear in all three games.

His troubles at United began back at the start of January 2020 when he was hauled off at half-time of United’s 3-1 defeat to Manchester City in the Carabao Cup semi-finals.

The midfielder had appeared in 12 successive top-flight matches heading into the semi-final, but his poor display, as well as Phelan’s anger, had an immediate impact on his United career.

Though the signing of Bruno Fernandes did affect his playing opportunities, Lingard still only appeared in four of the Red Devils’ next 38 Premier League games after that Carabao Cup defeat.

The lack of game time ultimately led to Lingard departing for West Ham, where he has helped Moyes’ side to break into the top four.

His form has led to some to suggest Lingard could return to Old Trafford as a virtual new signing, but Sky Sports pundit Gary Neville cautioned the midfielder on a return.

“It depends on what grounds. If Jesse wants to play, which he does want to play, you can see, then he’s going to need to leave,” Neville told Monday Night Football.

“Because he’s not going to play every single week I suspect in a Manchester United team that’s trying to get to second or first in the league.

“But if he’s willing to go back there and compete and be a player that, Daniel James has come in for the last few weeks and he’s out of the team again, be that type of player who’s a bit in and out.

“There’s no doubt he can play for Manchester United but he’d have to be in that role.”