Neil Warnock, 71, tests positive for coronavirus and will MISS Middlesbrough’s clash with Bournemouth this weekend

Neil Warnock will miss Middlesbrough’s Championship clash with Bournemouth on Saturday after testing positive for Covid-19.

The 71-year-old manager is understood to be self-isolating in the north east after returning a positive result following a routine test at the club’s training ground earlier this week.

Middlesbrough are not thought to have recorded any other positive test results among their playing squad, who are training as normal this week in the build-up to their first home game of the season at the Riverside Stadium on Saturday. 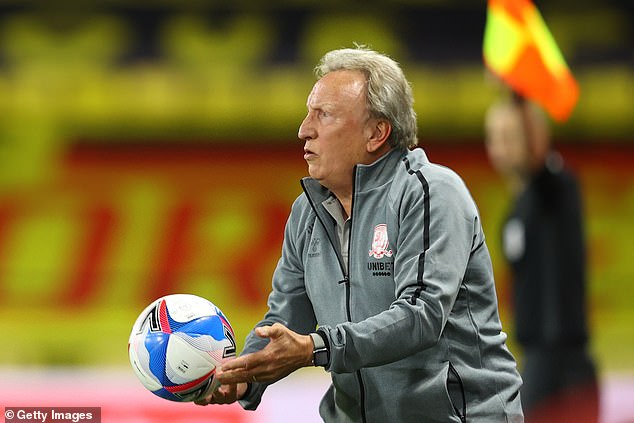 A statement from the club read: ‘The club can confirm that our manager Neil Warnock has returned a positive test for COVID-19 and will be spending a period in isolation in accordance with guidelines.

‘Neil is in good spirits and we look forward to welcoming him back after his period in isolation.’

Warnock will pick the team, but be restricted to watching the match on television, with assistants Kevin Blackwell and Ronnie Jepson taking charge on match day. 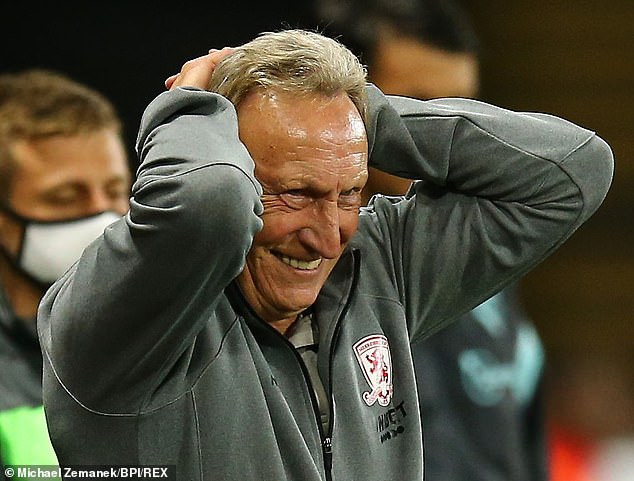 Warnock, 71, is understood to be self-isolating in the north east after returning a positive result

Warnock’s positive test will further raise concerns about the potential for Covid-19 to spread throughout clubs in the EFL following changes to the testing regime.

All Championship clubs were tested weekly last season, but as Sportsmail revealed earlier this week that is no longer mandatory after the EFL altered protocols and some clubs are only testing players after they return from international duty.

As a result Premier League clubs have become concerned about the risk of infection when meeting EFL sides in the Carabao Cup, with at least one top-flight outfit paying for their opponents to have tests before this week’s second-round tie.