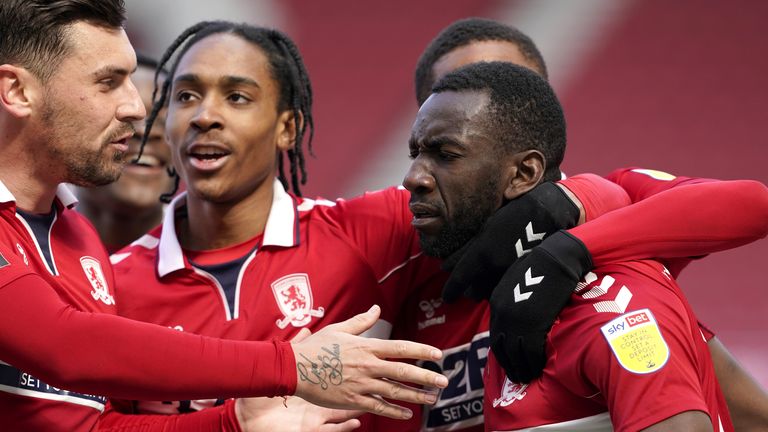 Watford were denied a seventh straight win and a chance to edge closer to an immediate return to the Premier League as Middlesbrough struck late to earn a 1-1 draw.

Having beaten Sheffield Wednesday 1-0 on Good Friday, Xisco Munoz’s men looked to be heading for victory by the same scoreline at the Riverside Stadium, after Ismaila Sarr gave them the lead in slightly fortuitous circumstances (32).

But though Boro struggled in the final third throughout the majority of proceedings, they gave a good account of themselves and pulled level late on when substitute Yannick Bolasie headed home Paddy McNair’s free-kick (78).

Second-placed Watford extended their advantage over Brentford and Swansea in third and fourth to 10 points with six games left to play, while Boro are six points outside the top six but remain in with a chance of reaching the play-offs.