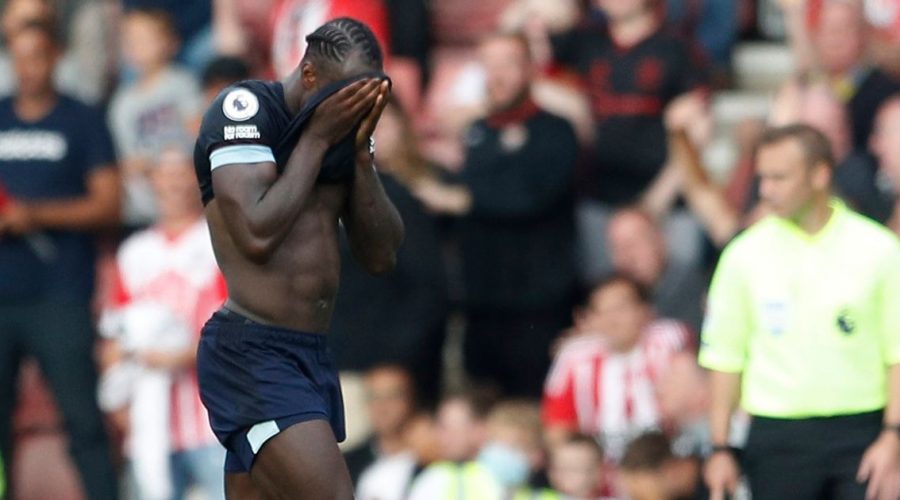 Antonio was the highest scoring player in the game after three gameweeks with 40 points thanks to his four goals and three assists prior to the international break.

He had accumulated 10 more points than second-placed Mohamed Salah and was therefore a very popular choice amongst players, with more than 50 per cent of people owning him.

However, he blanked in the 0-0 draw against Southampton, which would have been excusable, and then got himself sent off in the dying embers of the game.

The 31-year-old had already been booked in the 71st minute of the game and then committed a cynical foul on the Saints' Moussa Djenepo in injury time, earning himself a second yellow.

The sending off meant he took a point off of the score of those managers who had him in their team.

Antonio will now be suspended for the Hammers' match at home to Manchester United next weekend.

Who would you replace Antonio with? Let us know in the comments section.

Many took to Twitter to vent their frustration at the red card, with those who captained him earning -2 points.

His price had risen to £8.0m on Friday, the day he was awarded the August Premier League Player of the Month award, but it could now fall again.

The Hammers remain unbeaten with two wins and two draws, though the loss of their star man for next weekend was a source of annoyance for manager David Moyes.

"It can happen in football, I think after getting booked the first time he was stupid to lunge in on the second one," the Scot said.

"These things in football happen and we are not going to make too big a deal of it.

"He has got himself sent off and at the time it looked like the referee got it right, but I have not seen it again so I can't completely make a judgement on it. These sort of things can happen and it has done today."