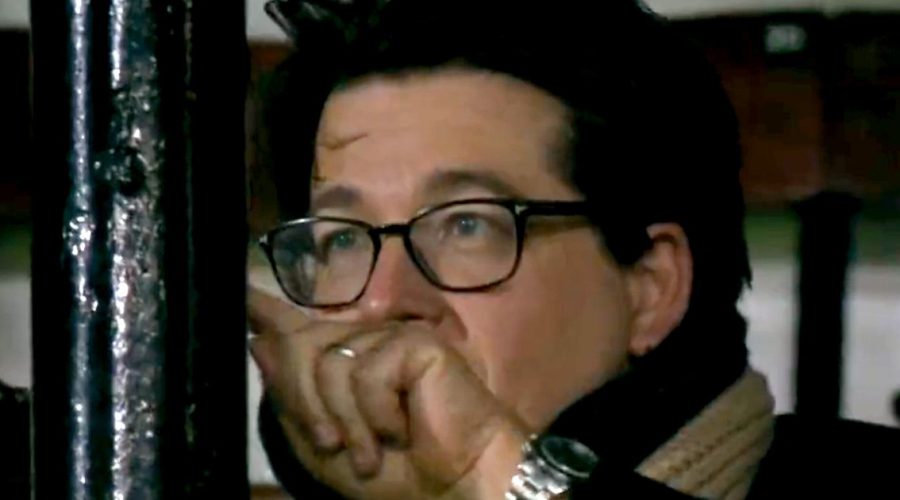 Michael McIntyre joked that he couldn't see the pitch before watching Fulham host Tottenham in the Premier League – because he was sat in a seat with a restricted view.

The stand-up comedian and TV presenter was at Craven Cottage to watch his beloved Spurs as they looked to boost their top-four hopes with three points.

Before kick-off the Sky Sports cameras spotted McIntyre sat in the famous cottage in the corner of the West London ground – and leant away from his seat behind the pole for comic effect.

Sky Sports presenter David Jones said: "All the celebrities at the Cottage tonight, with restricted view it seems as well!

"Patiently waiting for the 8:15 start to night." With Gary Neville then laughing: "Is it a worry that I thought it was Jimmy Carr?"

One Spurs fan then joked on Twitter: "The comedy tonight will be our defending."

Which Premier League ground is really the worst for restricted views? Tell us in the comments section below.

As a second laughed: "Next Everton manager."

Having to wait for the delayed kick-off following travel issues in getting to Putney, McIntyre went into the break happy thanks to Harry Kane's opening goal.

Back in 2010 when doing an interview with the club, Michael even shared some eye-opening advice that he had shared with then-manager Harry Redknapp. He said after their Champions League win over Inter Milan: "Every time I come here I supply Harry with the information to beat the opposition and this time it was quite simple – give it to Gareth Bale!

"Gareth was incredible – he 'owned' Maicon.

"I spoke to Gareth and asked him if he heard the ‘taxi for Maicon' song, and then I heard the stadium announcement saying that the tube was working so I thought we should just put him on the Victoria line he doesn't need a taxi!"

January 23, 2023 Soccer Comments Off on Michael McIntyre spotted at Fulham vs Spurs – but gets seat in restricted view
NFL News