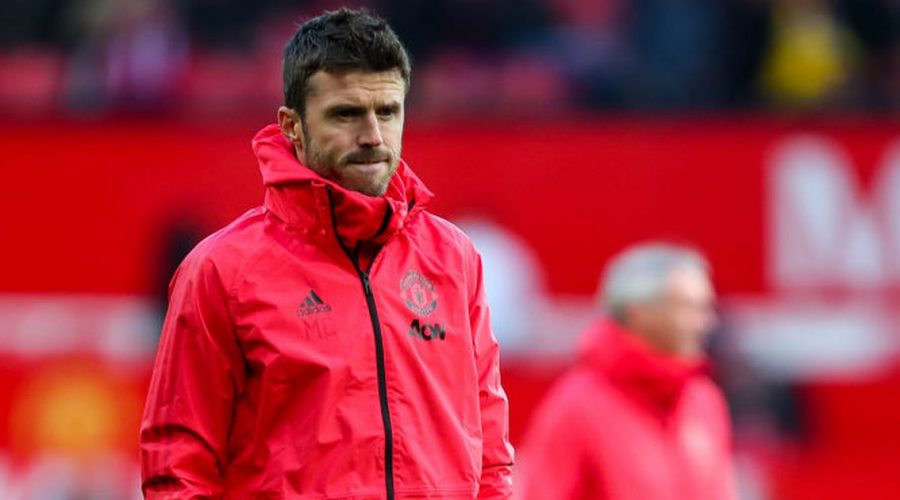 Michael Carrick could be without five Manchester United players for his first game in management.

Carrick will take charge of United's crunch Champions League match away at Villarreal on Tuesday evening following the sacking of Ole Gunnar Solskjaer.

The Red Devils head into the contest level on points will the La Liga side but currently top Group F by virtue of their win in the reverse fixture at Old Trafford.

It's a baptism of fire for caretaker boss Carrick with United needing to get a result to remain in a commanding position.

And the former England international's task has been made harder by having several absentees.

Mason Greenwood, who missed the embarrassing 4-1 defeat at Watford on the weekend, may not be involved after testing positive for Covid-19.

Edinson Cavani also missed that match and is still a doubt through injury, and so is Luke Shaw now too.

The left-back appeared to sustain another concussion injury against the Hornets after he was also forced off in the Manchester derby before the international break, as per United's official website.

What's your prediction for Carrick's first match? Let us know in the comments section.

The list is rounded off by French pair Paul Pogba and Raphael Varane, both of whom are still on the sidelines with long-term injuries.

Cristiano Ronaldo scored a last-gasp winner against Villarreal back in September, but it was the Spanish outfit who prevailed in last season's Europa League final.

Speaking in his pre-match press conference, Carrick said: "They are a very good team, well organised and well coached. [They were] two different games.

"The final we played very well and stopped them for long periods but we had no cutting edge. The manner of the loss hurt but I've got to say that we weren't good enough on the night.

"The other game, they have good technical players, speed, penetration. They have a good mix, good balance. And we respect that.

"We will be going there with a plan to come out on top. It's a big game for both teams but one we can go and look forward to."

November 22, 2021 Soccer Comments Off on Michael Carrick could be without five Man Utd stars for first game vs Villarreal
NFL News