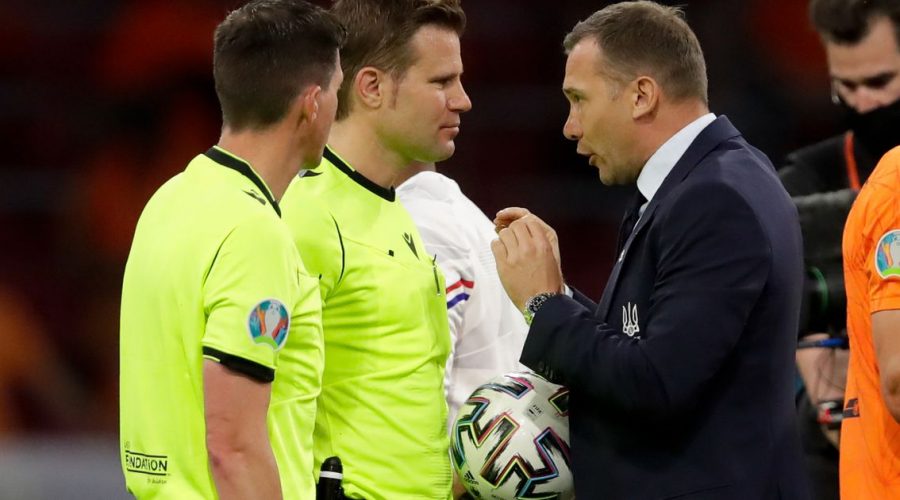 England's quarter-final match on Saturday evening will be refereed by German Felix Brych, who's nation were beaten by Gareth Southgate's side in the round of 16.

A third goal of the tournament for Raheem Sterling and a first for Harry Kane were enough for the Three Lions to see off Germany in a major tournament for the first time since 1966.

It is also the first time since lifting the World Cup that England have kept four successive clean sheets at a competition finals.

Ukraine are the next opponents for the Three Lions, where German official Felix Brych will take charge of his fourth game at the European Championships.

A qulalified doctor of law, Brych is ranked as a UEFA elite category referee and has overseen matches on the biggest stages including both Champions League and Europa League finals.

He was the man in the middle for Portugal's exit against Belgium, dishing out five yellow cards in a quarrelsome and contentious affair.

He is also no stanger to Ukraine having taken charge of their opening Euro 2020 match versus the Netherlands.

How do you think England will get on against Ukraine? Let us know in the comments section

A dramatic encouter saw Shevchenko's men battle back to level the scores at two all, having been 2-0 down after an hour.

But Denzel Dumfires popped up five minutes before the end of regular time to break Ukraine hearts and take the opening three points in Group C.

It was a match filled with high emotions and Shevchenko had stern words with Brych after the game.

The Ukraine boss was clearly unhappy with the some of the decisions that had gone against his side.

Gareth Southgate and the rest of England will be hoping for similar circumstances between Brych and Shevchenko come 10pm on Saturday evening.