‘They have really set themselves in a bad place in the group tonight’: Steve McManaman fears Liverpool could struggle to qualify for Champions League knockout rounds after shock defeat against Red Star Belgrade

Steve McManaman fears Liverpool have missed a golden opportunity to stamp their authority on their Champions League group after limping to a shock loss against Red Star Belgrade.

A victory in Serbia would have consolidated Liverpool’s spot at the top of the group but the defeat leaves them in a vulnerable position with games against PSG and Napoli to come.

Former Liverpool star McManaman believes Jurgen Klopp’s men could struggle to advance from the group, particularity if it comes down to the last game. 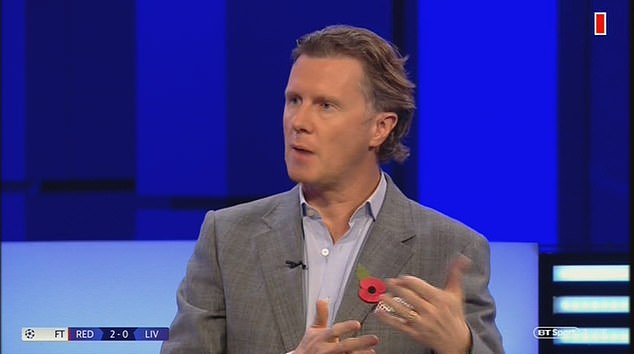 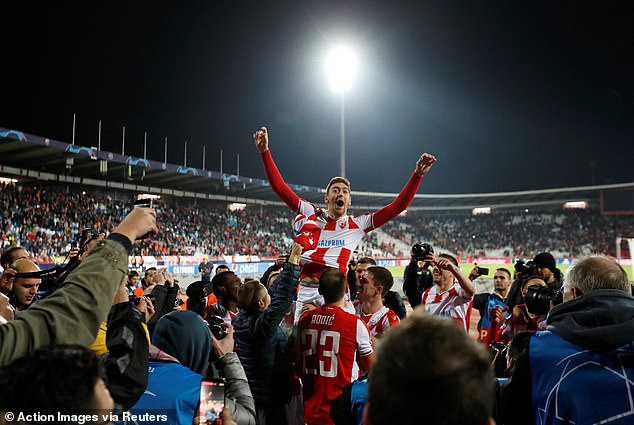 Milan Pavkov was the hero of the hour, scoring twice as Red Star recorded a famous victory

He told BT Sport: ‘They are struggling away from home and PSG are playing really well at home, and depending on the results tonight, you don’t want Liverpool heading into the game needing to beat Napoli because we know how well the Italians defend.

‘They have really set themselves in a bad place in the group tonight.’

Red Star had to dig deep in the second half but in the end it was the two strikes from Milan Pavkov that secured the famous win for the Serbians on Tuesday evening.

James Milner admitted the loss has made the task of qualifying from the group that much harder but is confident they have the ability within the squad to win their two remaining games.

He said: ‘We just need to go out and win our games and as long as that is the case it is on our shoulders and we have to be big enough to go and do that.

‘We know we can beat both teams, they are both very good sides and we know that but it is down to us and we have shown that we are a very good team as well but obviously we will have to play better than we did tonight.’ 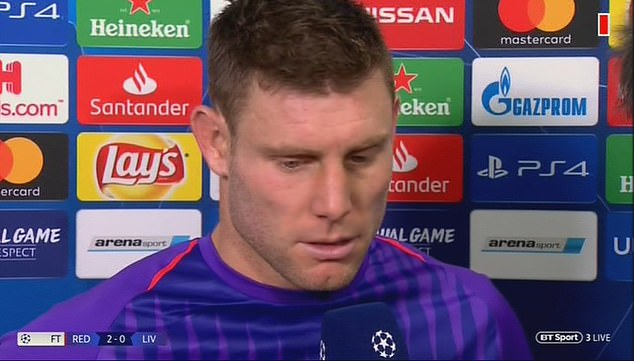