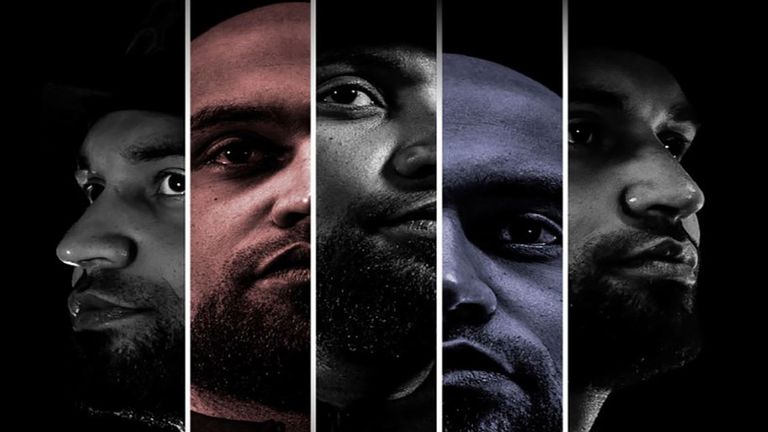 Matt Piper had a dream breakthrough at boyhood club Leicester City, playing in the Premier League and scoring the last-ever goal at Filbert Street. A £3.5m move to Sunderland followed but by the time that he retired at just 26, Piper’s life had unravelled.

In an extract from his new autobiography, Out of the Darkness, Piper details how his life spiralled out of control before he got back on track with the help of Sporting Chance…

When you’re in a bad place, the bottle becomes your routine. I feel sick talking about it now, but I was in such a mess that I couldn’t see what I had in my life. From the position I’m in now, and the person I am today, I’d always point someone who was struggling in the direction of their family. Think about your kids; think about everyone.

But how I was back then, it felt like a whole lot of nothingness. You’re sitting there drinking whisky at ten o’clock on a midweek morning, you’ve learned how to roll a spliff, your highlight of any day is trashy TV – and yet you are still intelligent enough to think: this is ******. Why aren’t you trying to get yourself together? Your brain is telling you that, yet you’re doing the opposite.

I remember once sitting there, crying, telling myself: get yourself fit. You think that once you’re there and you’ve stopped drinking, you can start to sort through your life and focus on the things that really matter. Then, you can get a job. I had all of these building blocks in my head. People might read this and think what a loser I was – but that was just the low point I’d reached. You feel disabled when you’re lost to addiction.

I later discovered the thing that was messing me up most – more than the booze, more than the weed – was Valium. I was on 80mg a day when I eventually went into Sporting Chance – that’s eight pills per day. The recommended daily limit is 2 to 10 mg, two to four times a day, but only on occasions you really need it.

By that point, the doctor knew I was addicted and told me he couldn’t prescribe any more. So I just started buying it from America in bulk, which is scary – people have died from doing that before, getting something that wasn’t the legitimate product. And it was expensive, too: about £10 per tablet; 30 tablets for £300. Imagine how regularly I was buying that stuff, as another hidden cost of my addictions.

I’d spent my last £140,000 doing up the house. I had a huge tax bill when I retired, but there were other huge things I cleared off as well: a few credit cards with £20,000 to £30,000 on them. It didn’t take long for the money I’d earned from my non-playing contract at Sunderland to disappear with my monthly outgoings.

I’d given a fair chunk of cash away to help family members out, even though they’d never asked me for any of it. I hadn’t come from anything, so it didn’t bother me going back to having nothing again. Money is good in a way that you can do what you want when you want, but it doesn’t instantly make you happy. 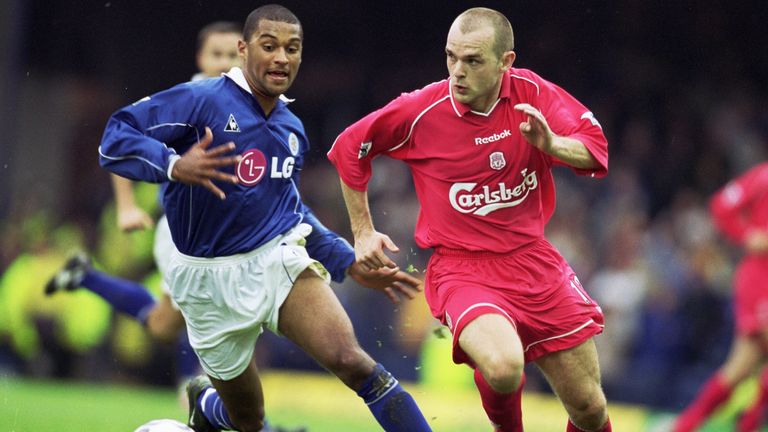 Around this time, I’d also started doing some work for Leicester City, coaching their youngsters. One morning, I turned up at the stadium for an away game in Manchester, ready to go. All I’d have to do was sit there and be with the young lads, as it was well known – a running joke, even – that I wouldn’t ever be able to drive the minibus on a Sunday morning. The other coaches knew I went out a lot, but they didn’t realise the extent of it. I’d get out of bed, then get myself ‘straight’ by having a shower, popping chewing gums and spraying deodorant, turning up trying to look like I hadn’t been steaming hours earlier.

But on this particular morning, one of the other coaches had come down ill.

‘You’re going to have to drive, Pipes.’

Fear. Panic. Utter dread. In the front of the bus was a physio; in the back, 15 kids ready to go. I wanted to sink into the ground. Obviously, I didn’t want to drive and put all of those kids in danger; by the same token, I didn’t want to admit to all of those other coaches that I was basically still drunk from the night before. It was one or the other, and in my head, both situations were awful. I’d done some bad things during this stage of my life – and on another day, this incident could have been added to the list.

But thank God the other side of my brain won out. It was the first moment I felt that I had to own up and admit my state. Jon Rudkin was Leicester’s academy director back then, but I had to pull him aside. I broke down in tears. I knew I had to tell him that I might have a problem. There was no way I could drive.

Jon became Leicester’s director of football in 2014, a massive job at the top of a football club going places, but right then he was unbelievable with me. It felt like half of him already knew I was going through a very difficult period in my life, and instead of having a go at me, he spoke to me on a level.

‘Don’t worry – but you’re clearly not in a position to be working for the club right now,’ he told me. ‘Get yourself well and I’ll give you a job again in the future.’

I got the arm-round-the-shoulder treatment: him telling me I was a great lad and couldn’t let this drinking get the better of me. But it still didn’t stop me. Jon had given me that unbelievable speech … but I carried on. It was one of the things that added to me getting help, but still wasn’t the thing.

It sounds like madness when I talk about it now – breaking down in front of your boss, your brother calling you an embarrassment, your mum crying in your living room every day – but that’s just the place I was in then.

In the end, it took something much worse for me to see light at the end of the tunnel. 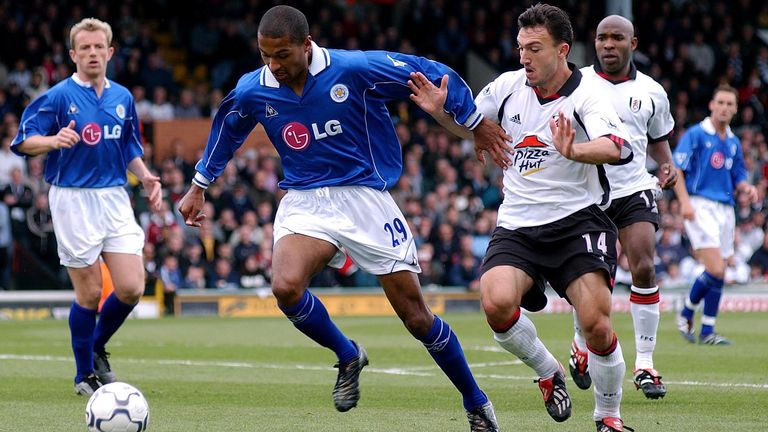 It was my mum who found me.

She’d come to the house for her daily check, and I wasn’t there. My phone was, my car was, my keys were. I don’t know whether it was a mother’s intuition or instinct, but she’d obviously scouted the house for me and knew I’d started running a bit by this point.

Mum went straight to my grandad’s grave – her dad’s – and found me laying on it. Somehow, she managed to get me into her car as I was slipping in and out of consciousness. She was crying.

But I couldn’t talk. Eventually, we got to the hospital, where they pumped my stomach and tried to get me stable. They got me to drink charcoal – it’s often used in drug overdoses to help the body get rid of toxins. I wasn’t awake when the doctors were discussing the possibility of sectioning me.

I remember the guy’s face afterwards, though, and saw that it could be serious. I didn’t even know what being sectioned meant, but my mum’s reaction had told me it was something bad – she’d got quite emotional with them to keep me out of that situation.

My mum is an unbelievable woman, and I don’t know where I’d be without her. She never, ever gave up on me. She was there even when I didn’t want her to be, and there when I needed her in the most desperate situation of my life. I put her through absolute hell – yet still, there she was by my side every step of the way.

There’s no other way to say it: her love saved my life.

And she kept me away from being sectioned.

A few weeks after my hospital visit, it suddenly dawned on me what she’d been through to do all of that for me. And finally, she got me the help I needed at Sporting Chance.

I feel shame now – a lot of it. I’ve met alcoholics since and seen it from the other side. Having been in their position myself, though, I know how things can fall on deaf ears. That pathway to getting help is a process rather than something that just happens straight away. You could have the most amazing person in front of you saying all the right things, but still not quite feel ready to ask the big question.

It was like that for me, too – it took a near-death experience, the thought of my boys growing up without their dad and the support of my amazing mum to pull me through to the other side. But I was finally ready.

I didn’t know anything about Sporting Chance up to that point, but mum mentioned Tony Adams and it resonated with me – my old man had been a huge Arsenal fan, and up until I was about 14, I was still supporting them alongside Leicester. If they played each other, I’d want it to be a draw. Adams’ name was powerful in our house when I was growing up – my dad used to talk of him in high esteem as the club’s captain. My mum knew that too.

Sporting Chance is based at a Champneys resort in Hampshire within an amazing wooded area – it’s unbelievable. As I saw what looked like a cottage on the approach there, I remember thinking to myself that it felt like being in a children’s fairy-tale. You drive through these woods, which open out to a clearing with its accommodation in the middle. It was beautiful.

The first thing that’s liberating about Sporting Chance is that you’re surrounded by all of these positive people who don’t drink or take drugs – it’s uplifting. The way they talk is articulate and sharp. They’re clever people who know what they’re doing. It’s the cool thing to not do those things. When you go into any new environment, you look up to the top for your role models – they’re who you want to be like. That’s why that place is so special.

I don’t want to say that I’d be dead without Sporting Chance, because I just don’t know. But without doubt, it was an incredibly important period in my life for becoming the person I am now. If I’d continued the way I was going, then realistically I wouldn’t have been on this planet for much longer.

Sporting Chance allowed me to understand myself and my thought processes, and how to think about both on a different level. I didn’t have those tools before. I was seriously struggling – it wasn’t just being in a depressed state, but also having no idea of how to get out of it and deal with that adversity.

Most importantly, it helped to give me the focus that would change my life – and I’ll forever be grateful for that.

Need support? Worried about someone? CALM’s (that’s the Campaign Against Living Miserably) helpline and webchat are open daily 5pm-midnight. Get it here.

Out of the Darkness: My Story In Football, published by Pitch Publishing, is out now

What we learned from Sunday's Week 2 games