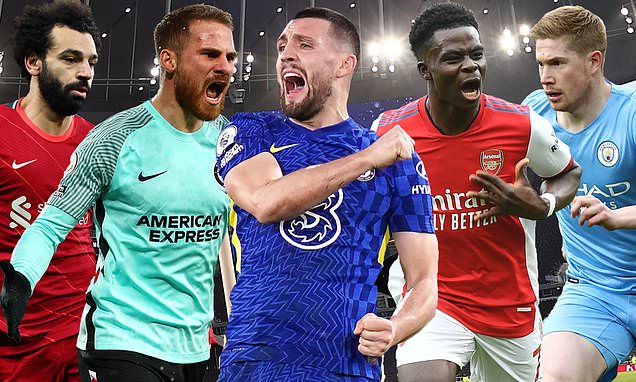 Mohamed Salah continues his stunning form in front of goal while Chelsea star Mateo Kovacic breaks into this week’s top 10 following a sensational volley… but who has done enough to top the charts in our latest Premier League POWER RANKINGS?

The New Year has successfully served up another round of action-packed thrillers. Manchester City extended their lead at the top of the Premier League table following their clash with 10-man Arsenal.

Chelsea and Liverpool went head-to-head at Stamford Bridge in an attempt to close the gap on the reigning champions. However, after a hard-fought battle and exceptional game of football things ended all square.

Leeds gave themselves some breathing room at the other end of the table – having overcome Burnley 3-1 on their home turf, while Watford came close to stealing a result against Tottenham before Davinson Sanchez popped up with a late winner for Antonio Conte’s side. 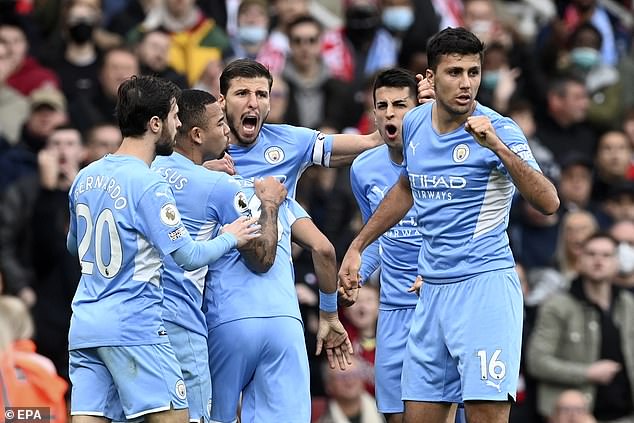 Things went from bad to worse for Manchester United after losing yet another game this season.

While Wolves earned their first victory at Old Trafford in 42 years after Joao Moutinho‘s late strike handed Bruno Lage’s side a deserved victory.

Everton completed their first fixture for 17 days because of cancellations due to the ongoing coronavirus pandemic.

However, things did not go according to plan for Rafa Benitez’s side. The Toffees had made a woeful start to their match against Brighton, trailing 2-0 within the first 25 minutes.

They went on to lose the game 3-2, allowing Brighton to register their first ever win at Goodison Park.

So, with all that in mind, Sportsmail has brought you a Power Rankings table – listing the top 10 players in the Premier League following this weekend’s action.

Mohamed Salah has claimed this week’s No 1 spot thanks to his performance against Chelsea on Sunday evening.

The Egyptian forward had a slow start to the game but came into his own towards the end of the first half.

Once he found his groove, Salah became a real threat running at Marcos Alonso. He also scored a sensational goal in the 26th minute to give Liverpool a 2-0 lead.

As a result, Salah has now scored four goals against Chelsea in the Premier League – the joint most any player has scored against them after previously playing for the club. The other player to hold the same title is Kevin De Bruyne.

Salah was close to adding another goal to his tally in the second half – forcing Edouard Mendy to pull out a critical save.

Nevertheless, Liverpool let their advantage over the hosts slip and ended up drawing the game 2-2 away from home. 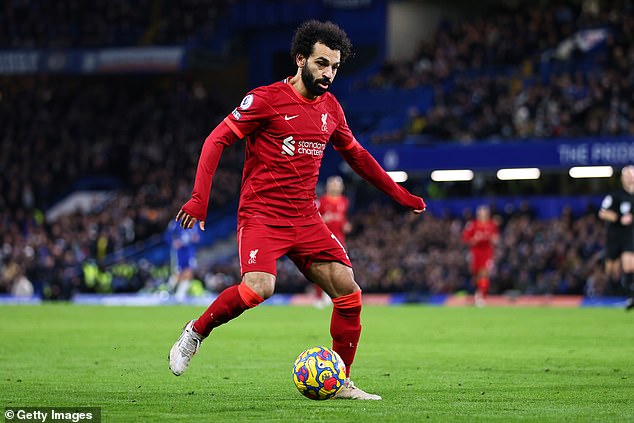 Kevin De Bruyne has surged up the Power Rankings in the last few weeks. Having moved a total of eight places off the back of his eye-catching performances against Leeds, Leicester and Brentford.

However, the Belgian playmaker is staying put this week following Manchester City’s clash with Arsenal. De Bruyne operated as a left-sided attacking midfielder during the Premier League clash on Saturday.

He was responsible for one of Manchester City’s most threatening attacks in the first half but he was also guilty of turning over possession in the build up to Arsenal’s opening goal.

Nevertheless, he continued to ping passes with precision and press relentlessly during the second half. He also played the ball in that led to Rodri’s eventual winner. 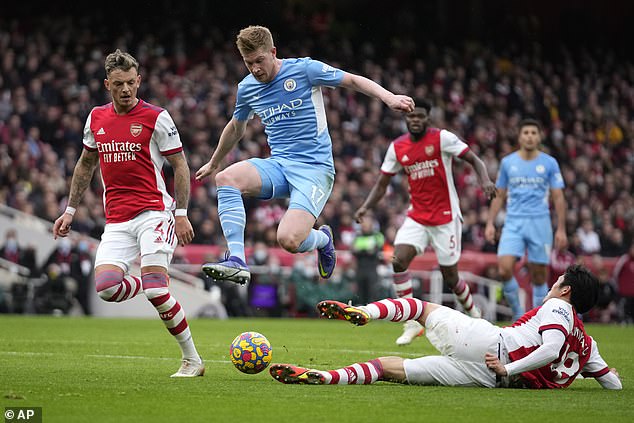 Bernardo Silva topped the Power Rankings for six consecutive editions. However, he has slipped down the pecking order following City’s game at Arsenal.

It was a relatively quiet game for Silva – who had been remarkable against Leicester on Boxing Day with another 90-minute shift in central midfield.

However, he did come to life in the penalty area to win Manchester City a spot-kick to draw them level.

As a result, Silva ended his assist drought – having previously struggled to contribute a goal or an assist in his last five Premier League outings. 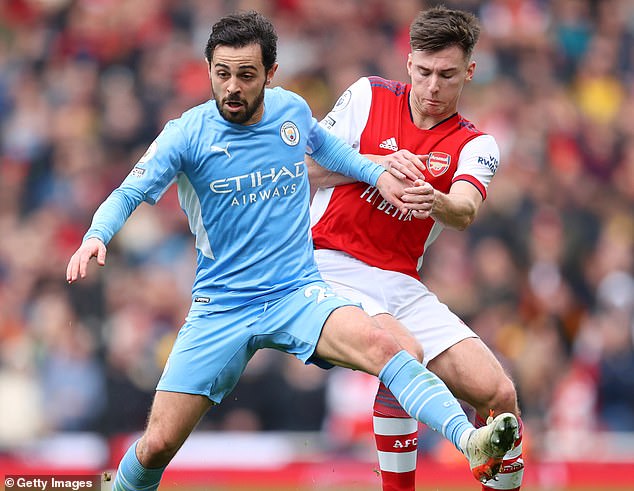 Bukayo Saka produced another mesmerising performance against Manchester City – showing exactly why he has been touted as one of Europe’s brightest stars.

The England international’s first 45 minutes of action proved to be the best half of football he has played so far this season.

He looked dangerous as soon as he got on the ball and was constantly running at the City defence.

Saka also gave the Gunners the lead by firing a low strike past Manchester City goalkeeper Ederson, before Riyad Mahrez equalised from the penalty spot on 57 minutes. 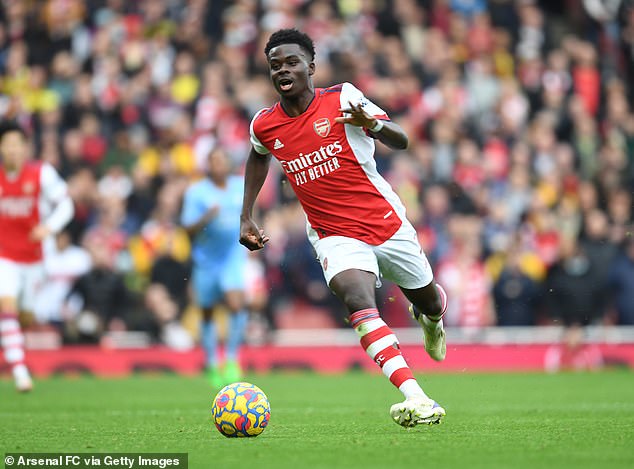 Mateo Kovacic was a standout performer for Chelsea during their 2-2 draw with Liverpool on Sunday evening. The 27-year-old provided a wonderful all-round performance that helped the Blues claim a point against their title rivals.

Kovacic was responsible for turning Chelsea’s fate around with a stunning volley that halved their deficit in the 42nd minute of the game. Prior to his remarkable goal, the Blues had not managed a single shot on target and lacked direction and control.

Kovacic’s volley in itself could have seen him enter the top 10. The ball dropped to the Croatian on the edge of the box after Alonso’s initial free-kick was palmed away by Caoimhin Kelleher.

Without taking a touch, Kovacic volleyed the ball into the top left-hand corner of the goal. The last time Liverpool conceded a goal like that was against Manchester United when Eric Cantona unleashed a rocket with his right foot to win the FA Cup.

Not to mention the fact he completed more tackles, duels and take-ons than any other player on the pitch. 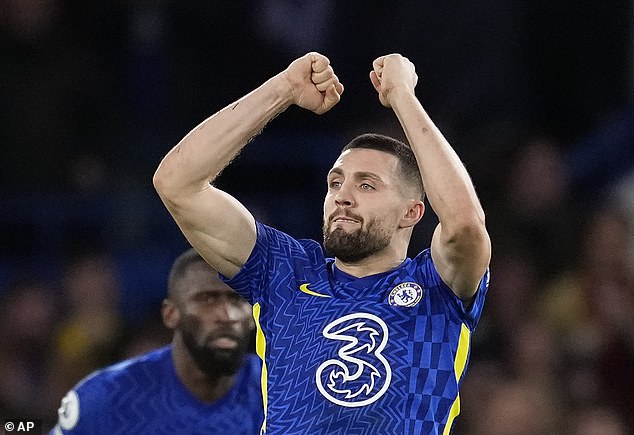 6. Joao Cancelo (Manchester City, down one)

Joao Cancelo must be praised for his mental and physical strength after starting against Arsenal just days after he was attacked in his own home by four burglars.

The full back was left with facial injuries after he fought back against the intruders while his partner, Daniela, and their two-year-old daughter were inside the house.

Cancelo’s physical and mental well-being were reportedly checked ahead of City’s Premier League clash with Arsenal. Following the examination, he was given the all-clear to start the fixture.

It wasn’t one of his best performances, but considering the circumstances it would be harsh to criticise the defender.

Cancelo struggled to contain Gabriel Martinelli – who was causing issues with his direct runs and threatening dribbles into the box.

As a result, Cancelo has dropped down one place in this week’s Power Rankings. 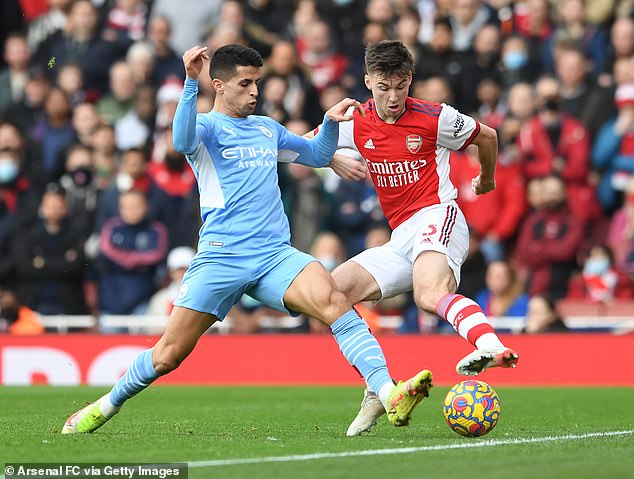 7. Mason Mount (Chelsea, down one)

Mason Mount has been a standout performer for Chelsea this season and has been at the heart of their attack and defence. He is known as a box-to-box midfielder that can influence the game wherever he is on the pitch.

Mount worked his way into Sportsmail’s Power Rankings thanks to a four-match run of scoring, against Watford, West Ham, Leeds and Everton. However, a frustrating night against Brighton saw him drop down one place.

This week, Mount has dropped down another place after an underwhelming performance against Liverpool. That’s not to say Mount didn’t play well, it just wasn’t the performance expected from the Chelsea star against their title-rivals.

Liverpool refused to give Mount much time on the ball – which in turn killed the 22-year-old’s creativity. As a result, he struggled to get a real grasp on the game.

Mount also had an opportunity to score towards the end of the first half and failed to successfully find the back of the net. 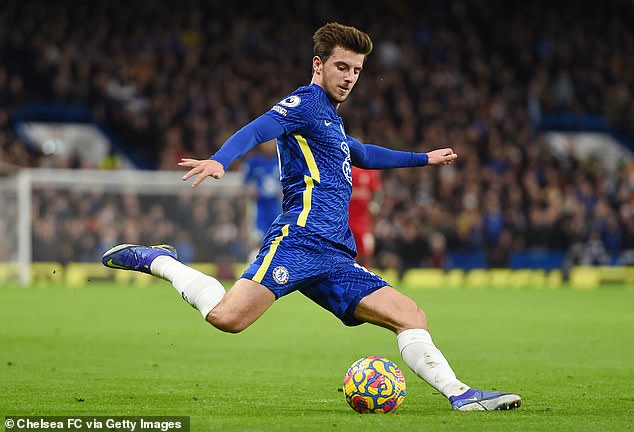 Mount dropped down another place after an underwhelming performance against Liverpool

Jarrod Bowen worked his way into the top 10 last week after producing an impressive performance during West Ham’s 4-1 win at Watford.

Not only did Bowen set up goals for Tomas Soucek and Nikola Vlasic, taking his assists total for the season into double figures, he won the penalty from which Mark Noble scored. He also saw a goal disallowed by VAR.

Bowen may not have been as instrumental against Crystal Palace on Saturday, but he remains in this week’s top 10 after producing another promising display.

The 25-year-old was relentless in attack. He never shied away from running at the Palace backline. 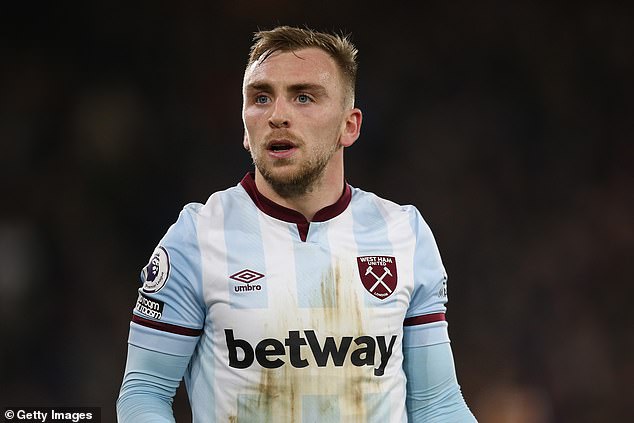 Brighton don’t have the best track record against Everton, so to be able to score three goals away at Goodison Park was quite something.

Special thanks should be given to Brighton midfielder Alexis Mac Allister after he stole the show on Sunday afternoon to help Graham Potter’s men overcome the Toffees on their home turf.

Mac Allister provided two impressive goals and won the corner that allowed Dan Burn to double their lead over Everton.

As a result, Mac Allister has now scored four goals in 14 Premier League appearances this season – trumping the one goal he scored in 30 appearances across the previous two campaigns.

Brighton have also won 2-0 against Brentford, drawn 1-1 at Chelsea and recorded their first-ever victory at Goodison Park while having Mac Allister on the pitch.

As a result, Mac Allister has been dubbed as the ‘South Coast Messi’. After all, he does wear the No 10 shirt that the Argentine sensation has donned for the majority of his career. 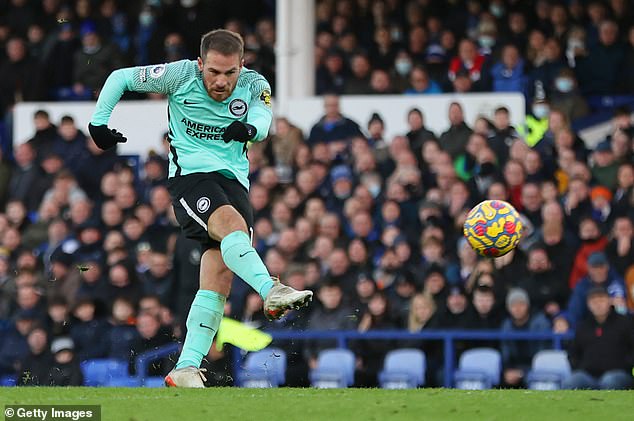 It is great to see Manuel Lanzini in this week’s top 10. The midfielder suffered a serious knee injury in the summer of 2018 while away on international duty with Argentina.

When he returned to action, he struggled with his confidence and subsequently fell down the pecking order at the London Stadium.

However, Lanzini has rediscovered his form over the last couple of months and regained the respect of the West Ham faithful. His performance against Crystal Palace was a great example of how far the 28-year-old has come.

Lanzini scored a sensational goal in the 25th minute of the game to extend West Ham’s lead over Crystal Palace to 2-0.

Lanzini collected the ball on the edge of the box after Declan Rice drove down the middle of the pitch and slipped it across to him. The Argentine beat two defenders before flicking the ball up and smashing it into the goal on the volley.

The sensational strike marked his sixth goal in 10 appearances and left Rice gushing. The England international couldn’t help but compliment his team-mates’ strike, saying: ‘It was a great goal. He touched it on his right and brought it back on his left and it was a great finish.

‘Manu is a special, special player and probably nobody else in the team would have been able to manoeuvre the ball that quick. For him to get another two goals, I’m delighted for him.’

Lanzini went on to score a penalty in first-half injury time after establishing himself as Noble’s deputy spot-taker. Lanzini has now scored two penalties in West Ham’s last six matches, taking his overall tally to four for the season. 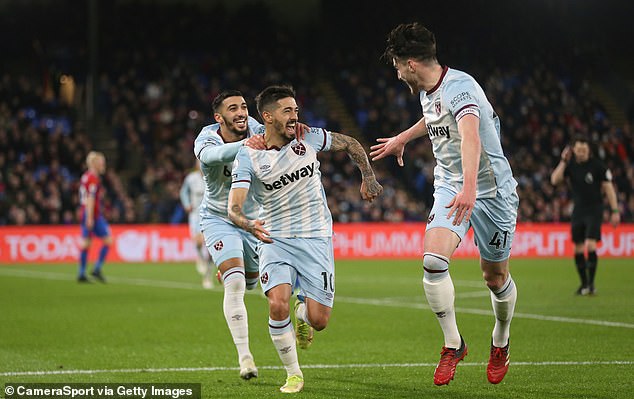