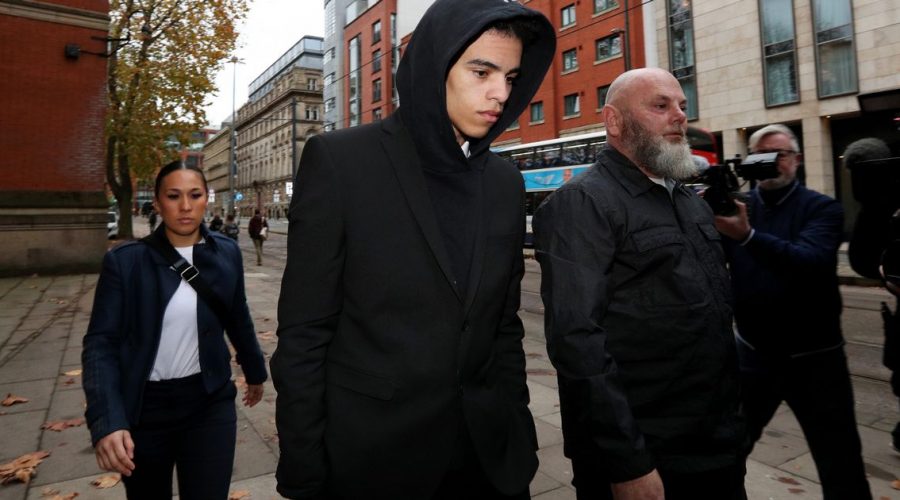 Mason Greenwood has been spotted arriving at Manchester Crown Court in a hoodie and a suit to face a preliminary hearing.

The Manchester United striker, 21, returned to court to face charges of attempted rape, and controlling and coercive behaviour.

No pleas were entered during the preliminary hearing which lasted less than ten minutes.

Following Judge Potter's ruling, Greenwood was picked up from HMP Berwyn in Wrexham by his father, who was accompanied by United's security personnel and taken to an address on Bow Green Road. And Greenwood returned to Minshull Street Crown Court on Monday morning dressed in all black to hear what will happen next in his case.

The controlling and coercive behaviour charge relates to a period between November 2018 and October this year, where Greenwood is alleged to have made threatening and derogatory comments towards the complainant, as well as accessing and monitoring her social media accounts.

It remains to be seen whether the latest developments in Greenwood's case will have any impact on his United career. He was suspended when the allegations first came to light, but the club is yet to make a final decision on his future.

Speaking after he was charged last month, a United statement read: "Manchester United notes that criminal charges have been brought against Mason Greenwood by the Crown Prosecution Service. He remains suspended by the club, pending the outcome of the judicial process."

While Greenwood deals with his legal issues, his England peers are gearing up to compete in the World Cup. He was a strong contender to feature in Gareth Southgate's squad before the incident.

November 21, 2022 Soccer Comments Off on Mason Greenwood wears hoodie with his suit as he learns when he will go to trial
NFL News