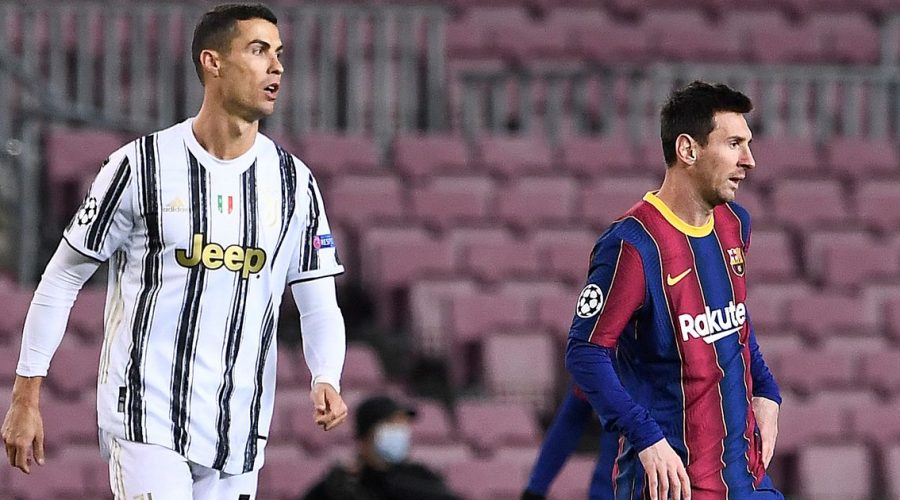 Mason Greenwood has weighed in on the Cristiano Ronaldo vs Lionel Messi debate – and Manchester United fans won't be happy with his answer.

Ronaldo and Messi have been subjected to endless comparisons over the past 15 years, with fans divided over which of the two footballing legends is the better player.

Nevertheless, both of them stake a claim to being the greatest player in the sport's history.

After scoring 118 goals in 292 games for United, and helping the club win three Premier League titles and the Champions League, Ronaldo sealed a then-world-record £80million move to Real Madrid in 2009 which would define his career.

It was there where the Portugal captain bagged an astonishing 450 goals in 438 appearances, won four Champions Leagues and two Spanish titles and collected another four Ballon d'Or awards to add to the one he picked up in his time at United.

He has also maintained his relentless goalscoring return since joining Juventus, registering 101 goals in 133 games for the Italian club and winning two Serie A titles.

Who do you side with in the Cristiano Ronaldo vs Lionel Messi debate? Let us know in the comments section below.

Messi, meanwhile, has cemented his legacy purely at Barcelona, emerging from their youth ranks to score a frightening 672 goals in 778 games.

The Argentinian has inspired Barca to 10 Spanish titles and four Champions Leagues while sweeping up a record six Ballon d'Or awards.

So which icon is the better player? Greenwood, who has scored 29 goals in his first 105 appearances for United, has risked upsetting the Old Trafford faithful with his answer.

"For me, it’s always got to be Messi,” the 19-year-old told United's website. "For me, he’s just on another planet.

"But to do what Messi does at his size, what he’s done for Barcelona and winning that trophy for Argentina, he is just on another level."

Messi clinched his first major trophy with Argentina earlier this month after 16 years of waiting, helping them beat Brazil 1-0 in the Copa America final.

He and Ronaldo are now tied on one major international trophy each, with his rival captaining Portugal to the European Championship back in 2016.