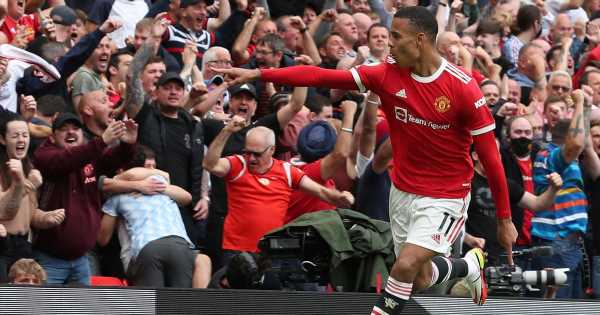 Mason Greenwood got his season off to a brilliant start, as he scored against Leeds during Manchester United's opening day victory at Old Trafford on Saturday.

The 19-year-old started with Marcus Rashford absent and Jadon Sancho on the bench, and was a constant threat for United as they thrashed the visitors 5-1.

Greenwood was rewarded with a goal for his efforts, finishing brilliantly past Illan Meslier to initially restore United's lead following Luke Ayling's equaliser, and shared the stage with debutant Jadon Sancho late on as he came off the bench.

Former United defender Rio Ferdinand predicted that Greenwood would be crucial for Ole Gunnar Solskjaer for the start of the season.

Ferdinand commented on the importance of fitness for the start of the season: "The main difference for a player individually is that I was always concerned about fitness and whether I was fit enough."

The former defender hinted that Greenwood could be in the best physical state, as he said: "These players have had one to two weeks off coming back from the Euro’s and Greenwood is the only one really to have had time."

Could Manchester United win the league this season? Comment below

Ferdinand has been extremely optimistic about United's season ahead, saying: "You always have to believe and you have targets of winning every competition you’re in. These guys will be no different."

The arrival of Sancho for £73million from Borussia Dortmund will only increase United's chances of challenging for the Premier League, and with Rashford and Edinson Cavani still to return, attacking options are plentiful at Old Trafford.

Sancho was introduced with 15 minutes remaining against Leeds, but the game was already well and truly wrapped up as the exciting new signing made his United bow.