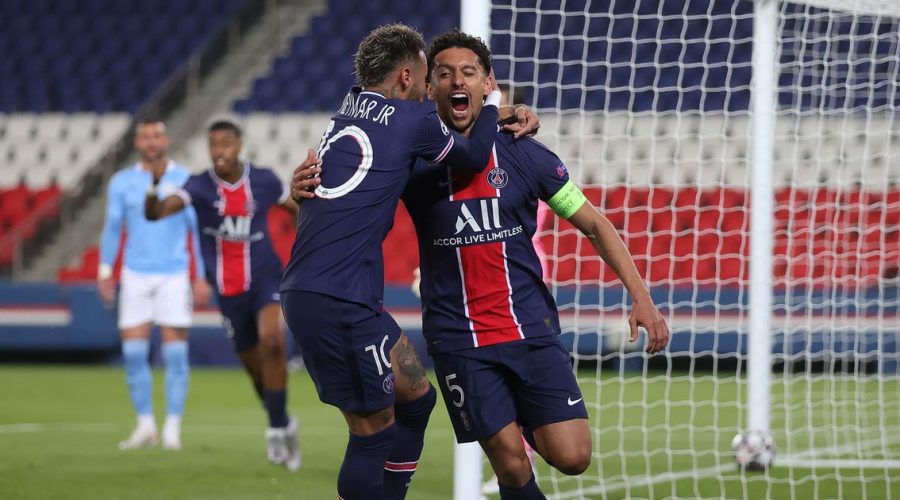 Marquinhos has warned Manchester City that Paris Saint Germain have what it takes to ruin their Champions League dream.

Pep Guardiola's side are in pole position going into Tuesday's semi-final second leg at the Etihad Stadium, after a stunning 2-1 comeback win away to the French champions.

Although City are favourites to reach the final for the first time in their history, PSG skipper Marquinhos – who scored the opener in Paris – warned the tie is far from over.

Brazil star Marquinhos is convinced PSG can learn from their mistakes in the first leg and complete a revenge mission at City to reach the final for the second year running. "We'll need a good mentality and go there to play the best possible match, but if we don't believe, then there's no point making the trip," said Marquinhos.

"We'll need a warrior mentality to go through. We're really close. We mustn't have any doubts now and we have to improve our weak points.

"We have everything we need to turn the situation around.

"In the second half, we played too far back. We couldn't get forward and City were more aggressive.

"We'll have to be consistent in both halves of the return game, but there are still 90 minutes to go.

"We'll have to analyse the match to see where we struggled. We've had problems in other games, but managed to be stronger. We conceded two silly goals and those are the little details that count."