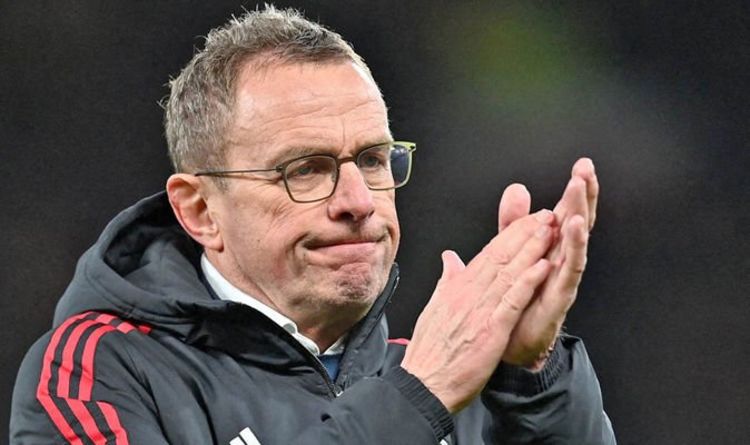 Man United in 2021: Ronaldo's return, Ole out and Rangnick revolution

Manchester United won’t scrap Ralf Rangnick’s consultancy role even if his time at Old Trafford proves to be underwhelming, reports claim. The German is currently in charge of the team following the departure of Ole Gunnar Solskjaer at the end of November. However, his start to life at the club has failed to live up to expectations so far.

United had hoped Solskjaer would steer them to title glory this season, especially after giving him a new three-year contract and backing him with summer deals for Jadon Sancho, Raphael Varane and Cristiano Ronaldo.

However, things didn’t work out with the 48-year-old then losing his job after a 4-1 defeat away at Watford.

United then turned to Rangnick and, at the time of his appointment, many were optimistic he’d turn the situation around.

Yet life under the 63-year-old has been slow so far, with the Red Devils underwhelming so far.

They’ve won just three of their six matches so far, beating Crystal Palace, Norwich and Burnley, drawing with Young Boys and Newcastle and losing to Wolves on Monday.

With that being the case, some have wondered what the future holds for Rangnick should results continue to go south.

But the Daily Mail have said that, even if the German’s spell at the club is underwhelming, he’s poised to stay on.

United are keen not to be hasty and want Rangnick to help them even after his departure.

When it comes to the club’s next permanent manager, there appear to be two leading contenders at the current moment in time.

Mauricio Pochettino is the frontrunner, with the Paris Saint-Germain boss eager to return to the Premier League at some point.

PSG have insisted they want the Argentine to stay but, with egos inside the dressing room getting to Pochettino, it’s feasible he’ll depart for England instead.

Erik ten Hag is another name in the frame.

The Dutchman has worked wonders at Ajax over the years and is thought to be of interest to United as they seek a brighter future.

Rangnick isn’t a contender to get the job full time.

And that suggests United are keen to learn from the mistakes of the past having given Solskjaer the job when he impressed during his interim spell in the dugout.

With United planning for the future, they’re already starting to change things up.

Ed Woodward has left the club after nine years, though could stay on to help advise the board when it comes to a different manager.

And Richard Arnold has been named as the club’s new chief executive officer.

Arnold said of taking on the new role: “I am honoured to have the chance to serve this great club and its fans.

“I am determined to return that honour in any way I can.”

And Joel Glazer said: “I would like to thank Ed for his tireless work on behalf of Manchester United during his nine years as Executive Vice-Chairman and 16 years with the club.

“We are now looking forward to Richard and his leadership team opening a new phase in the club’s evolution, with ambitious plans for investment in Old Trafford, the strengthening of our engagement with fans, and continued drive towards our most important objective – winning on the pitch.”

United are next in action against Aston Villa in the FA Cup on Monday (7.55pm).

They’ve won the competition just once since Cristiano Ronaldo headed them to glory against Millwall in 2004, with their last triumph coming under Louis van Gaal in 2016.