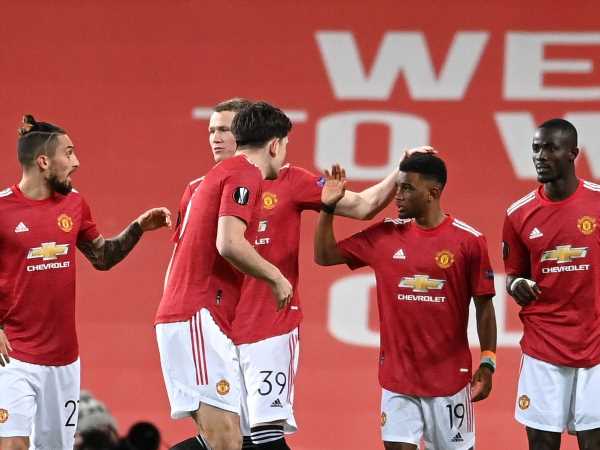 Ole Gunnar Solskjaer’s side drew with AC Milan in the Europa League on Thursday, while West Ham won 2-0 over Leeds on Monday night.

United are looking to complete their first league double over the Hammers since 2013/14 when they were managed by David Moyes, the current West Ham boss.

The Red Devils have reason to be confident – West Ham are winless in their last 12 league visits to Old Trafford.

The fixture will kick-off at 7:15pm GMT at Old Trafford.

The match is live on Sky Sports Premier League and Main Event with coverage starting from 7pm.

David de Gea has been described as “touch and go” by manager Ole Gunnar Solskjaer after he returned to England following the birth of his child. Anthony Martial and Marcus Rashford are both set to be assessed before the match, but Edinson Cavani will likely miss out. Paul Pogba, Juan Mata, Phil Jones and Donny van de Beek are out.

Loanee Jesse Lingard is not able to face his parent club, while Arthur Masuaku, Angelo Ogbonna, Andriy Yarmolenko and Darren Randolph all miss out with injury.

The Hammers have struggled at Old Trafford in recent times, which would suggest a United win. However, Manchester United have struggled to find the net recently and with so many injuries to key attacking players, West Ham may prove to be a stubborn proposition. 1-1.