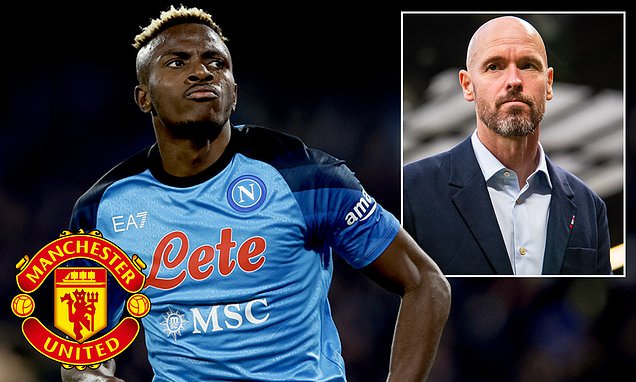 Victor Osimhen and Goncalo Ramos are among the forward options being considered by Manchester United for a summer move, but the club are reportedly braced for competition from their Premier League rivals.

United are looking to land a forward in the summer transfer window, with Burnley flop Wout Weghorst having been brought in on loan as a stop gap following the acrimonious departure of Cristiano Ronaldo.

Erik ten Hag’s side face the prospect of paying over £100million to bring either Osimhen or Ramos to Old Trafford. 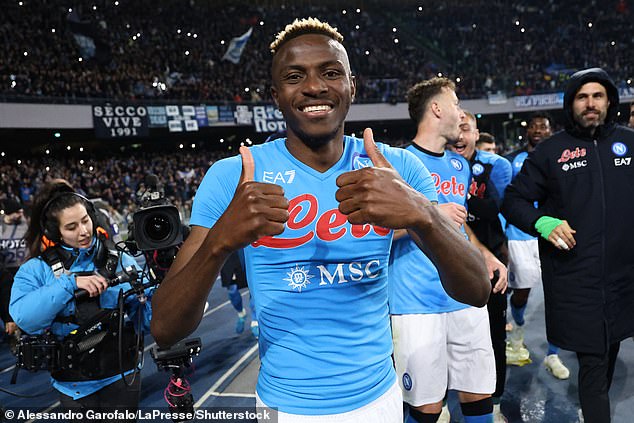 Osimhen has been a vital part of Napoli’s success story this season, with the Nigerian international helping to take the club nine points clear at the top of Serie A.

The 24-year-old leads the goalscoring charts in Serie A this season with 12 goals, including two efforts in Napoli’s dominant 5-1 win over Juventus last week.

Osimhen will look to help Napoli secure a first Serie A title since 1990 before discussing his future in the summer, according to the Naples based Il Mattino newspaper. 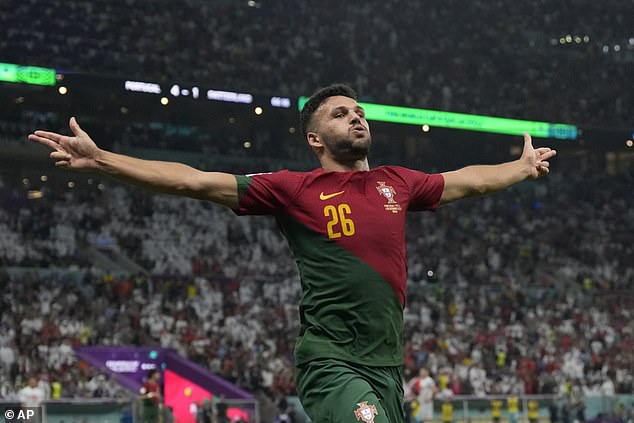 Napoli are braced for Premier League interest with the club facing a challenge of extending Osimhen’s current contract beyond 2025, with Arsenal and Newcastle considered among his suitors, along with United.

The Italian league leaders are expected to demand around £130million for Osimhen, having seen Mykhailo Mudryk make an £88million switch to Chelsea.

Ramos could be an alternative option for United, with the 21-year-old having bolstered his growing reputation by scoring a stunning hat-trick for Portugal against Switzerland at the World Cup after replacing Ronaldo up front. 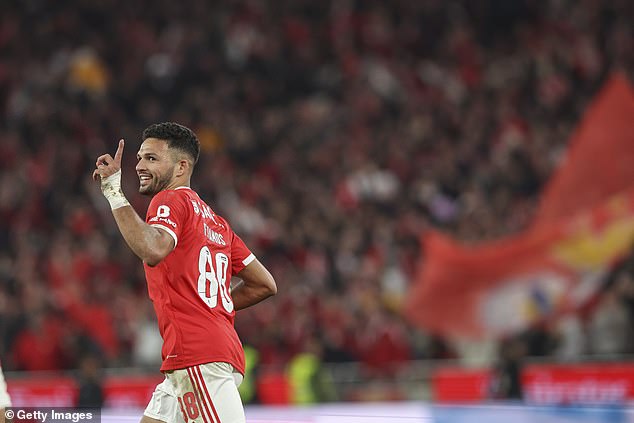 Benfica are reportedly keen to offer a pay rise to Ramos to reward his recent displays according to Portuguese outlet O Jogo.

A new deal would extend Ramos’ contract beyond 2025 and increase the value of his release clause, which currently stands around £105m.

United could face competition from Premier League rivals Newcastle and French champions Paris Saint-Germain for the forward, who has scored 17 goals in 26 matches for Benfica this season across all competitions.