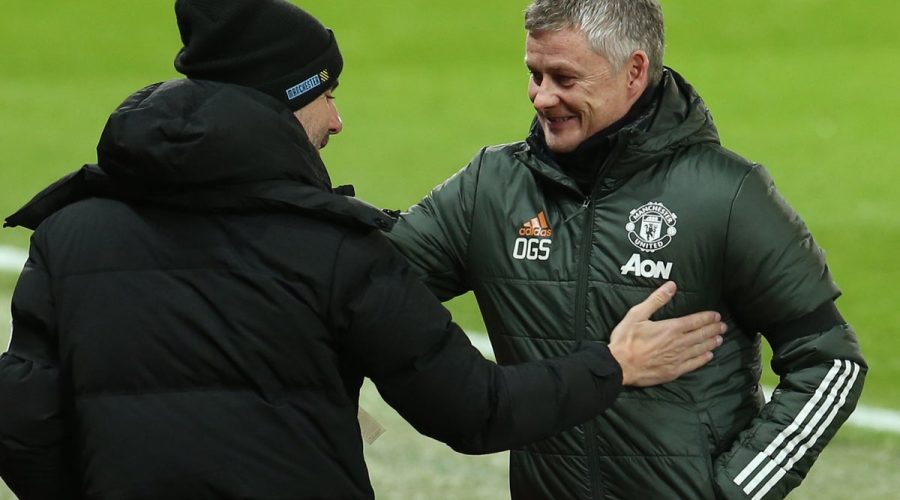 United travel to the Etihad to face City for the Manchester derby in the Premier League on Sunday.

City have won 21 consecutive matches across all competitions, and defeated Wolves 4-1 in midweek.

A win at the Etihad is the least that United can do if they want to kickstart any sort of comeback.

The fixture will kick-off at 4:30pm GMT at the Etihad Stadium.

The match is live on Sky Sports Premier League and Main Event with coverage starting from 4pm GMT.

Following the return of Nathan Ake from a muscular problem, Pep Guardiola has a full complement of City players at his disposal.

Dean Henderson will start in goal for United after David de Gea returned to Spain for the birth of his child. Anthony Martial and Donny van de Beek could both return, but the match may come too soon for Paul Pogba. Juan Mata and Phil Jones are out.

Manchester United are struggling, and while they usually turn up against Manchester City – particularly at the Etihad – this match feels like it’s only going one way. 2-1 City.

March 7, 2021 Soccer Comments Off on Manchester City vs Manchester United prediction: How will the Premier League fixture play out?
NFL News