Manchester City progress to the quarter-finals of the EFL Cup, but at what cost? A comfortable night’s work against Fulham, with a 2-0 win sealed by goals from youngster Brahim Diaz, ended in concern for this outstanding side’s outstanding player.

Kevin de Bruyne, still recovering from a two-and-a-half month lay-off with a knee ligament injury, left the pitch clutching at his leg in closing stages after tussling with Timothy Fosu-Mensah.

City’s medical staff immediately decided that De Bruyne should not be risked. Pep Guardiola shared a word with his playmaker as he was replaced in the 86th-minute and the full extent of the problem may only be known in the coming days, though they will take hope from the fact De Bruyne was holding his left leg, having previously injured his right.

It was a sour note to end a night that otherwise belonged to Diaz. The 19-year-old, nurtured through the club’s academy yet at risk of leaving on a free transfer when his contract expires this summer, sealed a place in the last eight with his first senior goals. 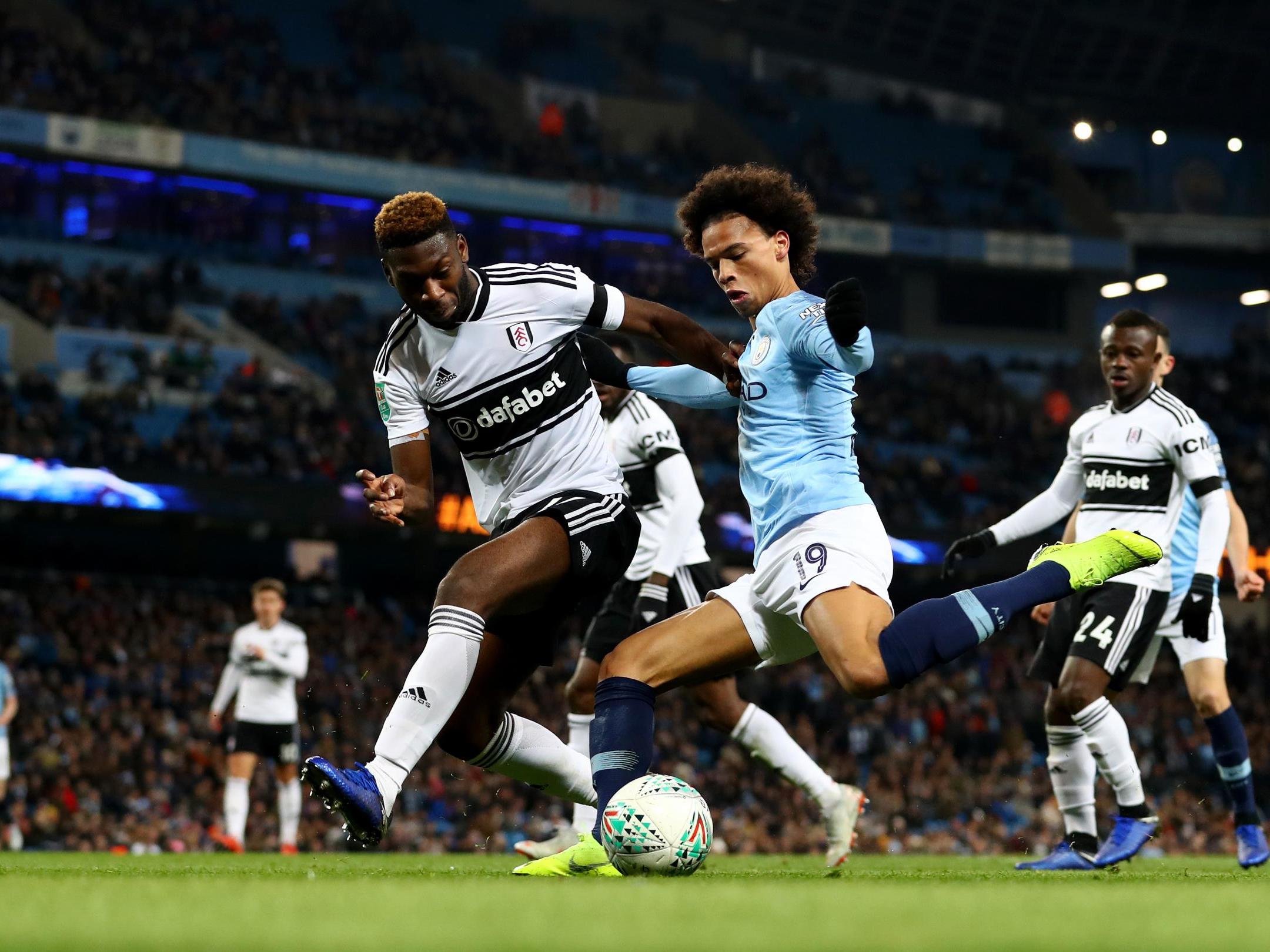 Diaz was one of three “extremely talented” youngsters namechecked by Khaldoon al-Mubarak, the club’s chairman, at the end of Guardiola’s first season in charge. He, along with Jadon Sancho and Phil Foden, would be certain to graduate to the first-team, al-Mubarak said.

Sancho promptly left for Borussia Dortmund, Foden is on course to be a central figure in City’s exciting future, and whether Diaz stays or goes remains unclear. After a stall in negotiations, perhaps these goals will tempt the club to return to the table with a stronger offer.

Fulham arrived at the Etihad with an atrocious defensive record – 29 conceded in all competitions at the start of the night. Their only clean sheet so far came against Exeter City in the second round and their chances of surviving an onslaught from the Premier League’s top scorers appeared remote, even if this was not City at optimum strength.

Guardiola can rely on a wealth of talent even when resting his regulars and a teamsheet that included Leroy Sané, Gabriel Jesus and De Bruyne still made for an intimidating read.

Slavisa Jokankovic named a relatively strong line-up by comparison, perhaps aware that progression in this competition would deflect attention away from their league performances, but his Fulham side were still decidedly second-best 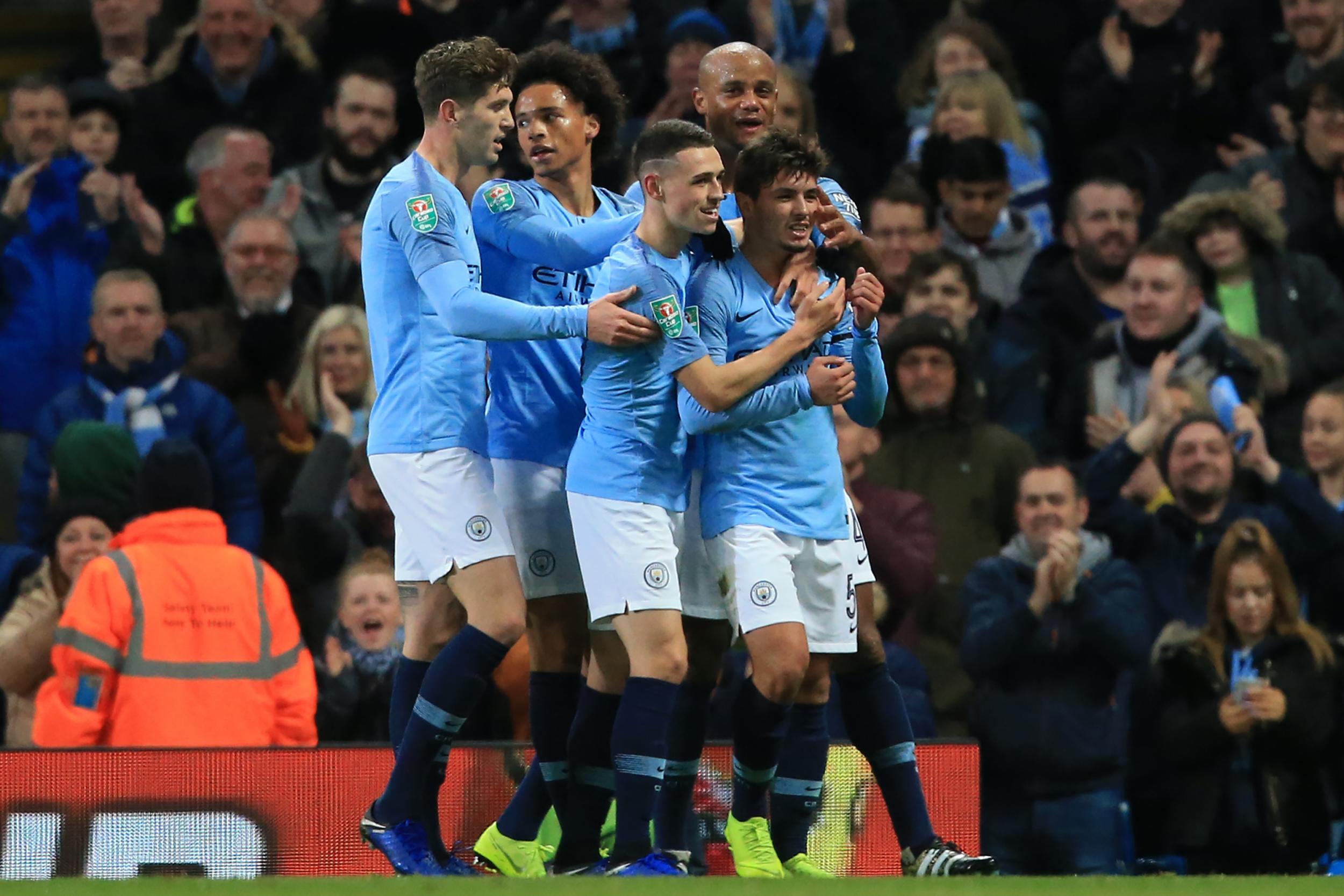 Luciano Vietto, the on-loan Atletico Madrid forward, caused a ripple among the 400 travelling fans with a shot on target, but it would be Fulham’s only credible effort of the first half. City were otherwise dominant and in control, even before taking an 18th-minute lead.

After City worked a corner back upfield and Fabian Delph’s long pass to the far post, the ball bounced invitingly off Vincent Kompany’s knee towards Diaz. The 19-year-old’s attempt deflected off Aleksandar Mitrovic, beating goalkeeper Sergio Rico, who had been sent the wrong way.

It was unclear whether Diaz’s strike was initially on target. The deflection was certainly decisive. This mattered little to the youngster, who was awarded the first goal of his City career regardless.

City searched for a second. Danilo struck the outside of the upright after running directly through the inside-right channel and coming up against little resistance. A De Bruyne free-kick dipped wickedly over the crossbar.

No player came closer than Foden, who rose to meet De Bruyne’s cross on the cusp of half-time and saw his free header drop an inch wide of Rico’s far post. 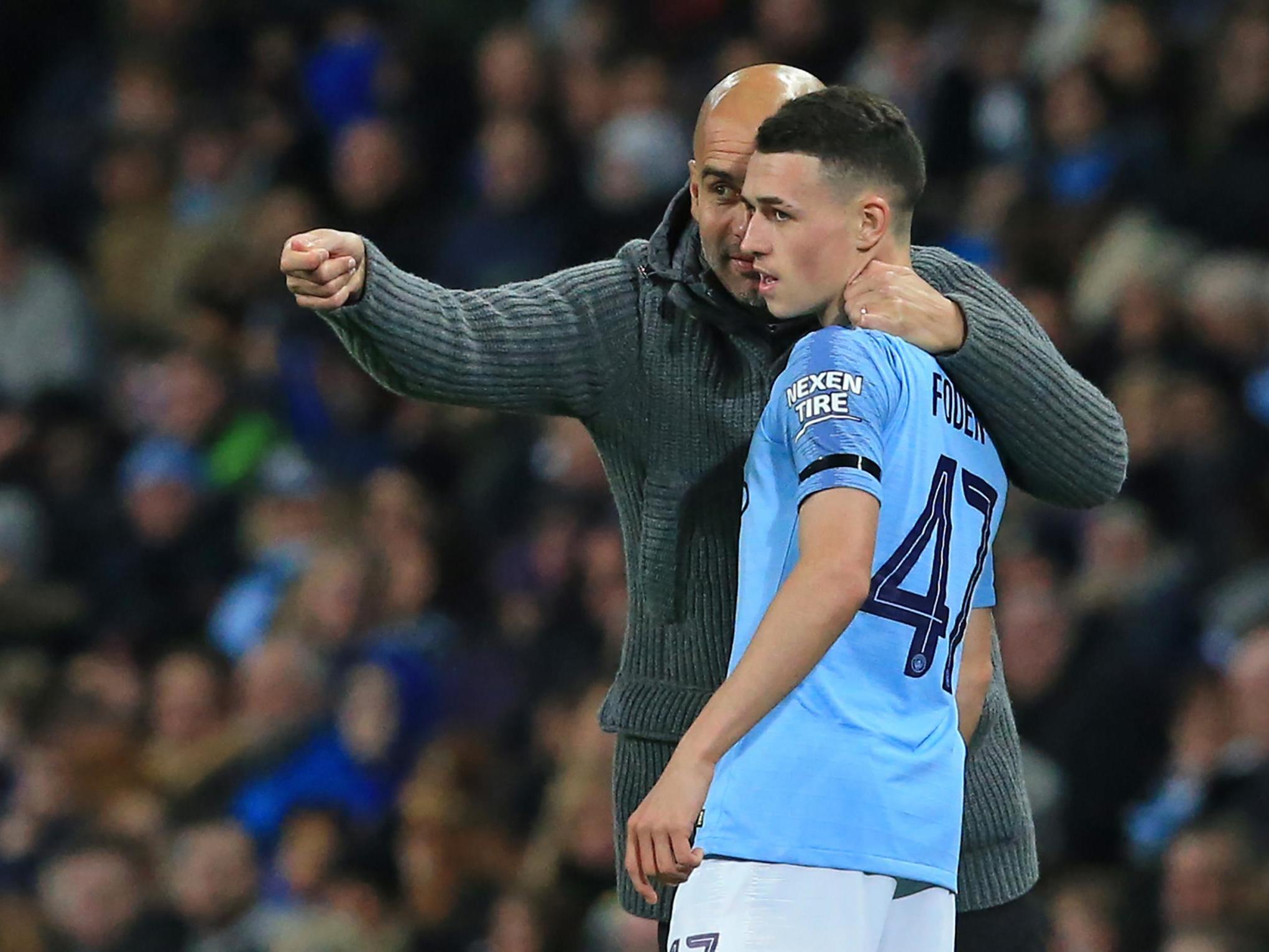 It was unfortunate for the youngster, who opened his City account in the previous round at Oxford United and searched in vain for his first Etihad goal here, but Foden impressed all the same. One particular turn at the start of the second half to release Diaz had the home crowd cooing.

City were just as dominant after the interval and Sané should have doubled their lead after robbing Timothy Fosu-Mensah, the Manchester United loanee, but despite going through one-on-one, last season’s PFA Young Player of the Year only found the side netting.

The second would finally arrive minutes later. Stones’ cross-field pass found Sané on the left and a quick interchange with Foden allowed Jesus to be slipped through. The Brazilian, who has just two goals to his name this season, saw his attempt bounce off the upright and kindly for Diaz.

The youngster finished emphatically, avoiding the Fulham defenders positioned along the goal-line and instead finding the top left-hand corner. If there was any doubt about the first, this second was certainly his.

Fulham posed little threat for the remainder, save a few counter-attacks that were easily snuffed out. City’s only concern, on the sound of the final whistle, was for De Bruyne.

November 1, 2018 Soccer Comments Off on Manchester City vs Fulham: Kevin de Bruyne injury only cause for concern after Brahim Diaz double
NFL News