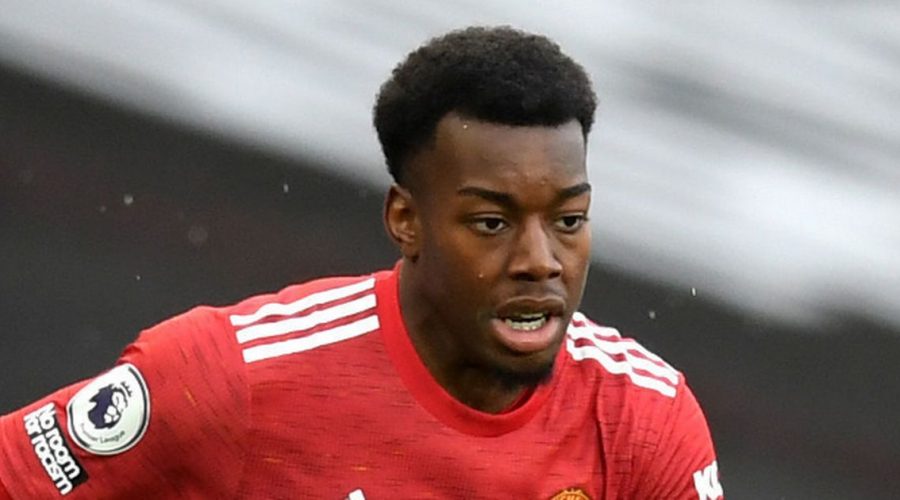 Elanga also started United's final Premier League game of the season against Wolves, netting the opener in a 2-1 win.

Speaking after Elanga was promoted to the senior squad, Solskjaer described the teenager as having "that X-factor".

He said: "In Anthony, we have a player with good skills, a great attitude and he scores goals from either the right or left, and he's got good pace.

"He's got that X-factor and I like players with speed and acceleration and he's definitely got that."

Following his breakthrough at Old Trafford, Elanga has continued to shine on international duty with Sweden's under-21s.

The winger has featured for his nation's under-17 and under-19 teams in the past and made his under-21 debut earlier this month.

In a 2-0 win over Finland, Elanga found the back of the net after just 13 minutes and he was also on target in his second appearance against Luxembourg, meaning he has now scored three goals in his last three games for club and country.

Victor Lindelof, Elanga's compatriot and team-mate at United, was recently asked about the youngster's potential and replied: "It is very fun for him, he is a kind and good guy who works hard and wants to learn.

"He has many fine qualities as a player and he is still young."

Should Anthony Elanga go out on loan next season? Comment below

He also added: "It's fun that he got to show himself and that he scored in the last match. If he does the work required, he will have a great future."

Elanga recently spoke to Fotbollskanalen about what the future may hold for him next season, saying: "It has been a fantastic experience to make a debut. I've learned so much.

"All players are very welcoming to me, they give me good tips and make it very easy for me when I step on the field.

"I just have to keep working hard in training. How I train is how I play, so if I train very hard I will play very well. But right now my focus is on the U21 national team here. Then, when this get-together is over, I will sit down with the club and discuss what is best for me for next season.

"You must be ready if they want to send you out on loan or back to the U23 team. I can not say that I play for the A-team yet. You have to be ready all the time and give 150 percent in training.

"If I get my chance on the pitch, I have to take it. If I can score then it's a bonus, if I can play well it's even better."