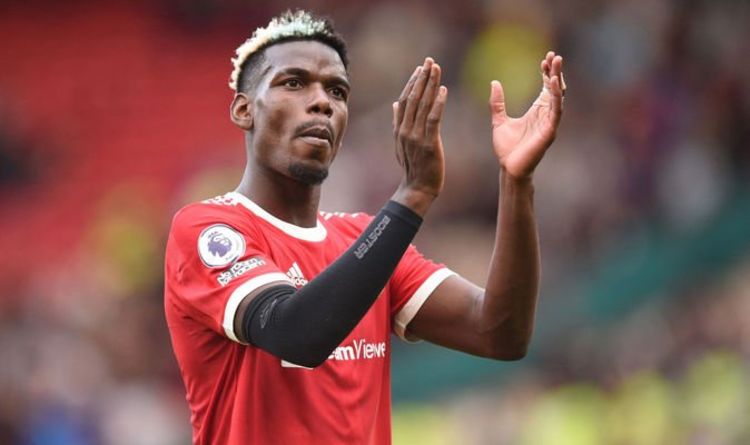 Four key factors will decide whether Manchester United keep Paul Pogba beyond this season according to reports. The 28-year-old’s contract is up next summer and he is weighing up his transfer options.

Pogba has been expected to leave Old Trafford in the summer of 2022 when his contract expires, having shown no sign of agreeing to a new deal at the club.

Paris Saint-Germain and Real Madrid have been touted as the likeliest destinations for the midfielder.

But Man Utd’s strong start to the campaign, coupled with the quality of the club’s summer transfer activity means that Pogba has yet to totally make up his mind to leave the club.

And, according to a report in The Athletic, there are four key factors at play in Pogba’s decision.

Those are how Pogba and his team-mates fare in the campaign, the success of the club’s signings this season, United’s long-term vision and whether he receives enticing offers from elsewhere.

Pogba excelled in a lively 4-1 United win against Newcastle United on Saturday, as Ronaldo made his first appearance since re-signing for the club.

And the positive mood around Old Trafford hinted at a brighter future for a club who have not been in the title mix for much of Pogba’s second spell in Manchester.

United are top of the league on ten points from their opening four games, with a trip to West Ham next up in the Premier League following Tuesday’s Champions League opener against Young Boys.

PSG had been tipped to bring in Pogba in 2022, repeating the transfer trick that saw them sign Lionel Messi, Gigi Wijnaldum, Sergio Ramos and Gianluigi Donnarumma all on free transfers this summer.

But The Athletic says that the new mood at United now has Pogba leaning the opposite way, in a hint that he may end up staying

Man Utd boss Solskjaer remains upbeat about working with the midfielder, and hinted that the position from Pogba’s camp may have softened.

“There are negotiations with Paul’s representatives and the club,” Solskjaer said last month.

“Me and Paul work together every day here and we keep on trying to improve, improve the team and to enjoy ourselves.”

September 13, 2021 Soccer Comments Off on Man Utd’s four key factors which will decide whether or not Paul Pogba signs new contract
NFL News