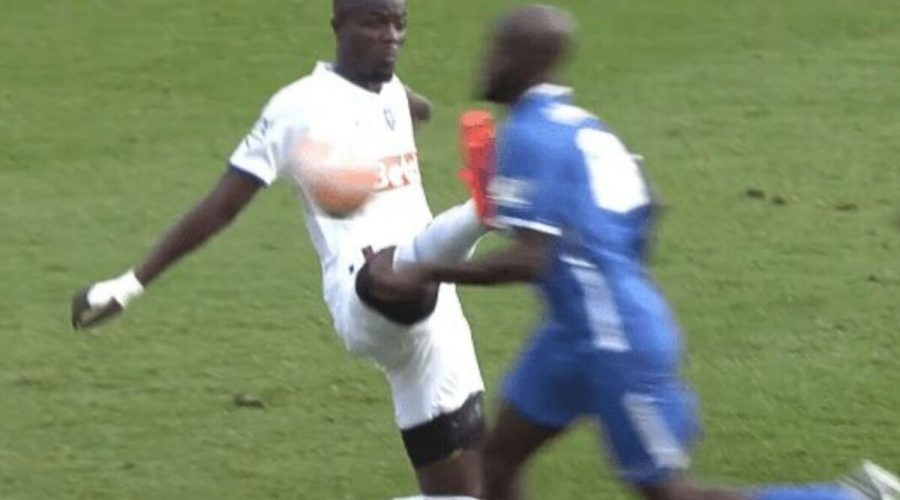 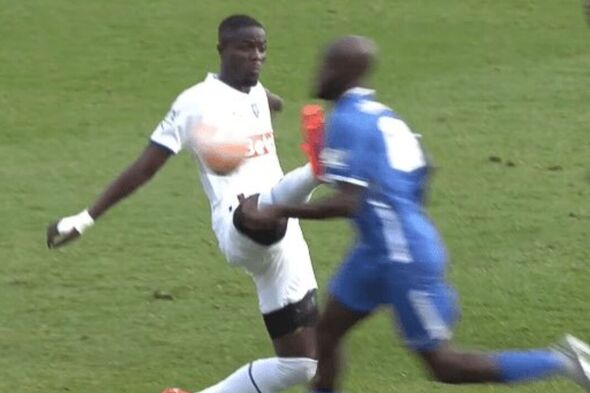 The France Football Federation’s Disciplinary Committee have come down hard on Eric Bailly – hitting him with a seven-game ban for his horror Kung fu kick that hospitalised opponent Almike Moussa N’Diaye. The incident took place just 15 minutes into Marseille’s Coupe de France clash with fourth-tier side Hyeres as the Ivorian picked up the seventh red card of his career.

To make matters worse, Bailly also hospitalised N’Diaye with the terrible challenge that saw his studs collide with the player’s chest.

Bailly appeared to throw himself into the duel as the ball bounced on a hard pitch as the referee was given no other option but to hand the defender his marching orders.

According to French outlet La Provence, the FFF have now punished Bailly with a seven-game ban following a disciplinary hearing.

He has already served two matches of the ban, however, meaning he has five left to serve before he can return to the field of play.

The ex-Villarreal man has played 12 times this season with six of those appearances coming in Ligue 1.

N’Diaye received extensive medical attention before he was later taken away in an ambulance following the shocking tackle.

Bailly would later visit N’Diaye in hospital to apologise for his antics before later posing for a picture.

It’s claimed N’Diaye was rendered unconscious following the force of the challenge.

Reports in France have also since claimed the Hyeres ace suffered several broken ribs and liver and lung pain.

N’Diaye has since responded well to treatment and is expected to make a full recovery.

Hyeres is around one hour and 20 minutes away from the centre of Marseille and N’Diaye was taken to the North Hospital of Marseille for his medical care.

Bailly has had a rollercoaster ride since moving to Old Trafford from Villarreal in the summer of 2016.

Although he has rarely been in favour at Old Trafford, he has continued to remain part of the first-team picture at United.

The Red Devils even handed the defender a new contract in 2021 despite his lack of playing time.

Bailly’s deal at Old Trafford is due to expire in the summer of 2024 – meaning he has 18 months remaining on his deal.

United are expected to try and offload the centre-back if he returns to the club at the end of the season – should Marseille not trigger their option to buy.