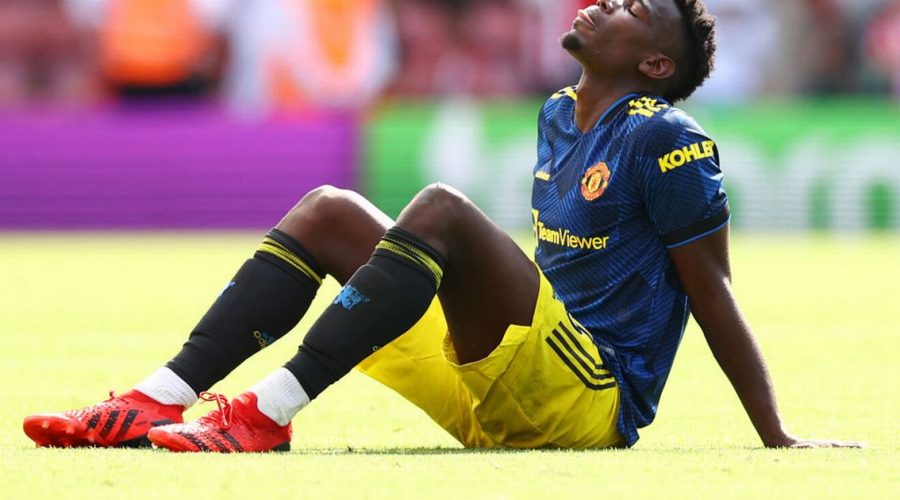 Manchester United are willing to put central midfielder Paul Pogba up for sale this January if they cannot reach an agreement on a contract soon.

As it stands, Pogba is set to leave United for free for the second time in his career.

The Frenchman moved to the Red Devils’ academy but after making the step up to the first team, struggled for minutes.

Pogba then joined Juventus after his contract expired and progressed into one of the most exciting talents in the world.

Under the management of Jose Mourinho, United then spent £89million in 2016 to bring Pogba back to Old Trafford, but the midfielder has come under fire ever since for his inconsistency.

Now in the final year of his contract, his manager Ole Gunnar Solskjaer and co will be hoping that an agreement can be reached with the 28-year-old to keep him at the club.

But if he doesn’t, Mundo Deportivo report that United will put Pogba up for sale in January and he will push for a move to Real Madrid.

Juventus and Paris Saint-Germain are the two other clubs said to be interested in signing the 2018 World Cup winner, but his heart is set on Madrid and being part of the La Liga sides rebuild.

Should Paul Pogba leave Manchester United? Have your say in the comments below.

Back in 2019, after 1998 Ballon d’Or winner Zinedine Zidane was reappointed as Real Madrid manager, Pogba was vocal about how he would enjoy playing against the France legend.

In a press conference he said: “Like I've always said, Real Madrid is a dream for anyone. It's one of the biggest clubs in the world,

"There is also Zidane as a coach and it's a dream for anybody who likes football.”

The deal has every chance of taking place as Pogba’s agent, Mino Raiola, is also the agent of Borussia Dortmund striker Erling Haaland, who is also reported to be Santiago Bernabeu bound.

According to journalist Siro Lopez, there is a pre-agreement between Real Madrid and Dortmund where Haaland will move in 2022.

It is unknown whether that the deal will concern the £68m release clause that is though to become active in the Norwegian’s contract next year.

It remains to be seen whether Pogba will remain at United to play with returning star Cristiano Ronaldo, or move to Madrid and potentially play with a future Ballon d’Or winners – with Kylian Mbappe, who almost joined from PSG in the summer, and Haaland.

September 11, 2021 Soccer Comments Off on Man Utd will put Paul Pogba ‘up for sale’ if contract dilemma is not solved
NFL News