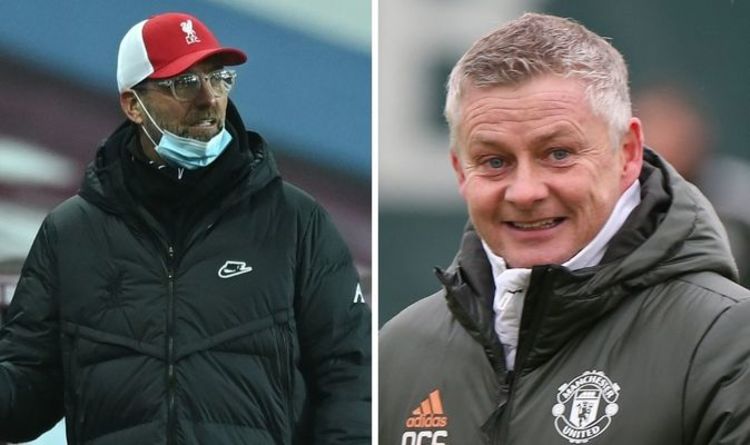 Manchester United will no doubt have boosted confidence heading into their top-of-the-table clash with Liverpool next weekend after seeing Jurgen Klopp’s side struggle against Aston Villa’s youth side in the FA Cup third round. Villa were forced to shut down their first-team training ground this week after a significant number of players and staff tested positive for coronavirus.

But the fixture was not going to be postponed with Villa choosing to field a mix of players from the under-23 and under-18 squads.

Jurgen Klopp though went with a starting line-up filled with first-team regulars such as Sadio Mane, Mohamed Salah and Georginio Wijnaldum among several others.

All questions ahead of the game were about how many goals Liverpool would win by and it started in that vein when Sadio Mane scored inside four minutes.

They dominated possession – as expected – but Villa’s youth side were holding their own against some of the Premier League’s best attackers.

JUST IN: Liverpool have £40m ‘in the tank’ to spend on new signings after hint 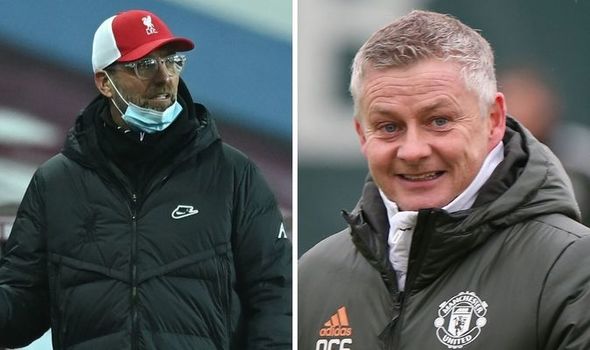 Frustrations soon crept into Liverpool’s players as they could be seen shrugging their shoulders while searching for the elusive second goal.

But those frustrations turned into anger and disappointment minutes before the break when Louie Barry broke the offside trap to score past Caoimhin Kelleher.

Rhys Williams has been thrown into the limelight at Liverpool to provide defensive cover with the likes of Joel Matip, Joe Gomez and Virgil van Dijk all out injured.

He’s already got six Champions League appearances to his name as well as two coming in the Premier League.

And the 19-year-old has largely impressed on most occasions, but he was caught out by Villa’s young guns for their equaliser.

The centre-back at one point looked to be in the better position to clear or at the very least jockey Barry away from Liverpool’s goal, but he showed his inexperience by diving into a challenge he was never going to win with the 17-year-old going on to score.

Liverpool went on to dig themselves out of a hole in the second half, but it was far from a convincing result.

Klopp acknowledged before the game that his side were in a lose-lose situation against a Villa team who’s average age was 18.

But his team selection may well have been made with an eye to keep his players fresh ahead of their crunch match against United next week. 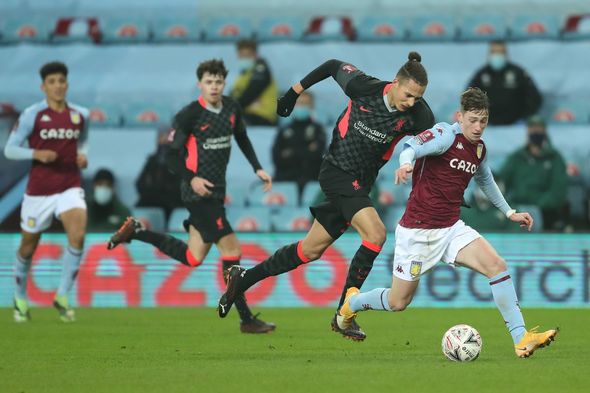 And based on the performance against Villa, Liverpool may have some cause for concern when it comes to the defensive department.

United have averaged close to three goals per game in their last five Premier League fixtures and may well be top by the time they travel to Anfield – if they beat Burnley on Tuesday.

Liverpool still have their remarkable home record having not tasted defeat in the league at Anfield since April 2017, but Williams will be a target for United’s expansive attacking players if he’s chosen to start.

Marcus Rashford, Anthony Martial, Edinson Cavani and Bruno Fernandes have all looked in good form recently and United may well thrive on the opportunity to become the club to halt Liverpool’s unbeaten record at home.