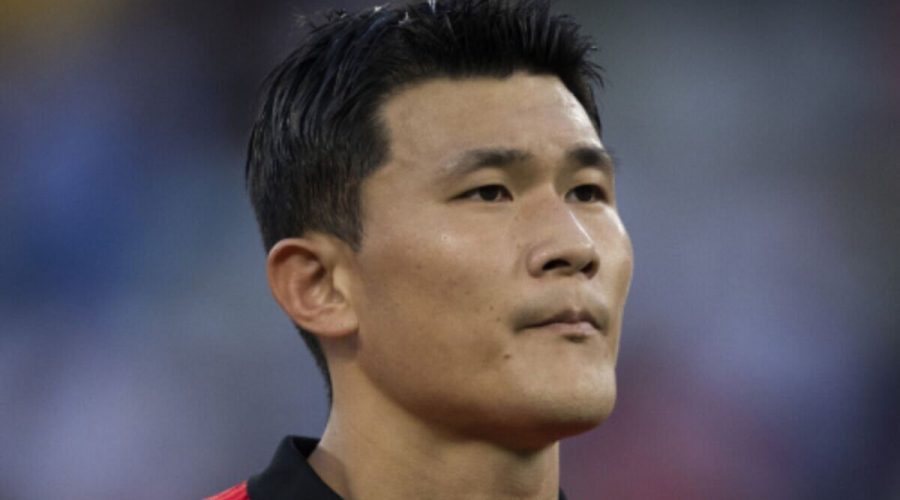 Manchester United have been warned that January transfer target Kim Min-jae would cost the Red Devils up to £100million, should Erik ten Hag wish to strengthen their defence with the South Korean star. The Napoli defender kept a clean sheet as his country drew 0-0 with Uruguay in their opening game of the World Cup on Thursday.

The centre-back has impressed since moving to Serie A from Fenerbache in the summer, and has been a rock in the back as Luciano Spalletti’s side sit top of the table in Italy and have qualified for the knock-out stages of the Champions League.

Former Liverpool and England midfielder Danny Murphy was on punditry duties for the BBC and claimed that United are interested in signing Min-jae, but have been told his price tag is eye-watering.

“I think his performances recently have been so good,” Murphy said. “The clubs interested now. I was talking to someone this morning who was saying Manchester United are interested and they are talking £100m. That’s how quickly you can grow in this game, because they have been absolutely sensational Napoli to start to the season, him included.”

His performances have earned him transfer links to clubs including Tottenham and United, and despite Murphy’s valuation there have been reports that the South Korean has a release clause in his contract of £43m.

Spurs have had a long-standing interest in the defender, which dates back to when Jose Mourinho was in charge of the north London side but they reportedly face interest now from Ten Hag’s side.

Italian reports have claimed that Napoli wish to offer the 26-year-old a new contract in order to remove the possible release clause and fend off interest from the Premier League.

Former Everton and Wales defender Ashley Williams was on punditry duties during South Korea’s opening game in Qatar, and has been impressed with the Napoli man. “He’s had a really good season for Napoli, we saw how good he was when he played against Liverpool in the Champions League,” Williams told the BBC.

“He’s big, imposing, and he’s going to have his hands full at the other end trying to deal with [Luis] Suarez and [Darwin] Nunez. He’s someone that they can count upon, you see the size of him, and he’ll try to impress in this game.”