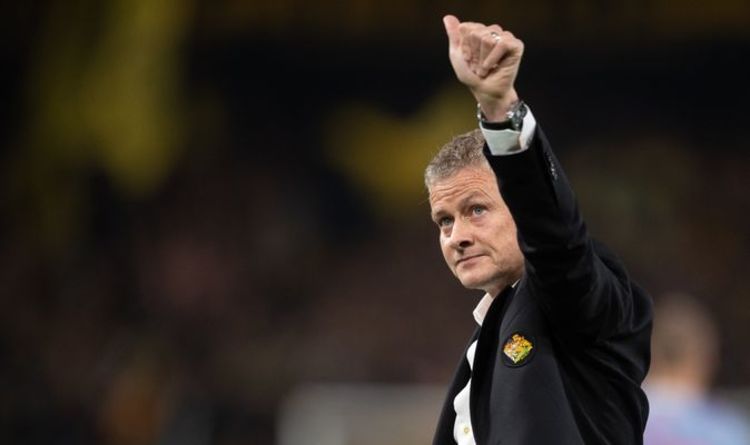 Former Chelsea defender Jason Cundy believed Manchester United should sack the “utterly clueless” Ole Gunnar Solskjaer and replace him with Antonio Conte, after Manchester United’s shock 2-1 defeat away to Young Boys in the Champions League. The Red Devils were stunned in Switzerland, after Cristiano Ronaldo’s goal was cancelled out by a strike from Moumi Ngamaleu and a 95th minute winner from Jordan Siebatcheu.

Solskjaer’s side were firmly in control when Ronaldo tapped home Bruno Fernandes’ delicious cross for his first Champions League goal for United in 12 years.

However, a straight red card awarded to Aaron Wan-Bissaka for a late, studs up challenge, completely changed the game as United sat back to defend their lead.

Unfortunately for the Reds, defensive mishaps let United down who were shockingly defeated by a Champions League minnow once more.

“That there, shows he’s utterly clueless,” Cundy said on TalkSPORT. “Young Boys are normally whipping boys of European football and United get rolled over 2-1… it was a disasterclass, it was an absolute disaster.

“It exposed Ole, it did badly. I’d sack him. We know what’s coming, don’t we? You’ve got Antonio Conte out there…

“Who’s the better manager? There will be a stage in the season where they’ll be like ‘I wish we did it earlier.’

Antonio Conte is currently without a club having resigned from Inter Milan during the pre-season.

He led the Italian giants to their first Scudetto in eleven years, but left the San Siro after he was told by the club they would likely have to sell most of their best players.

“They were getting overrun in the middle of the park,” said Cundy.

“Poor Fred, Paul Pogba and Bruno Fernandes. I’ve got so much sympathy for them, they had no help, they were getting passed around. “

“The back five didn’t move, they were getting outnumbered. It wasn’t working, they should have gone for four in defence and four in midfield.”

United’s fate was sealed when substitute Jesse Lingard dreadfully under-hit a back pass to David De Gea; putting Siebatcheu through one-on-one against the Spaniard.

They started well in Switzerland, but the Swiss side grew more confident as the game went on after United were reduced to ten men.

Last season, United looked to be in pole position for Champions League progression from the groups, having beaten Paris Saint Germain 3-1 in France, before obliterating RB Leipzig 5-0 at Old Trafford.

However, a 2-1 away defeat to Turkish minnows sapped their momentum, and they soon crashed out of the Champions League after being beaten by PSG and Leipzig soon after.

United will need to pick themselves up as they face a tricky trip away to inform West Ham United in their next match.

Solskjaer’s currently top the Premier League table with three wins from their opening four matches, but they will need to be a lot better against David Moyes’ side who are also unbeaten.