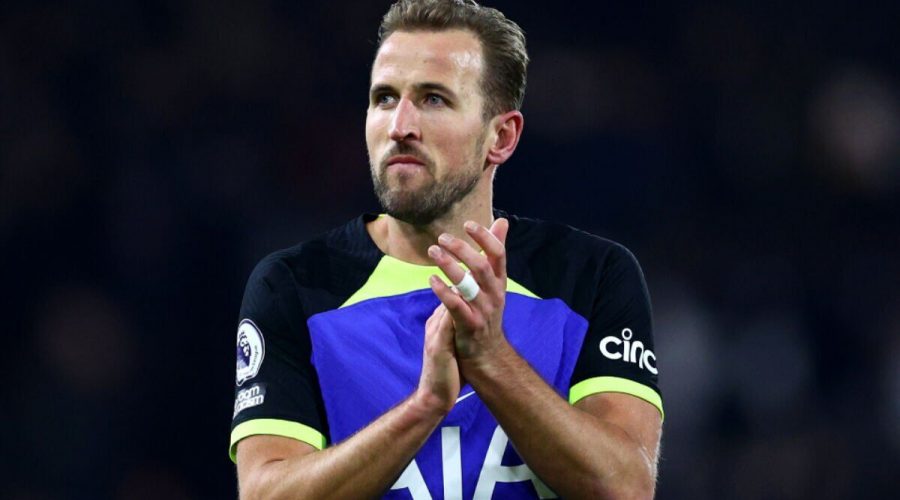 Manchester United have been told of a “no-brainer” swap deal that could entice Tottenham into selling their star man Harry Kane. The England captain has been linked with a move away from north London as his contract expires at the end of next season, while Erik ten Hag’s outfit have been mentioned with a potential summer move for the 29-year-old as they may be looking for a new striker to spearhead their attack.

Wout Weghorst was signed on loan this month as a possible stop-gap bargain option following Cristiano Ronaldo’s departure, while Anthony Martial continues to be plagued by injuries. A new striker has been earmarked at Old Trafford and Kane tops the list of wanted forwards.

Kane has poured cold water on rumours linking him with a move away from Spurs, as he anticipates contract negotiations to begin soon, but Arsenal icon Ian Wright believes that United should make a move for the man with 16 Premier League goals already this campaign and a swap deal involving Martial could tempt Spurs into a sale.

“When you look at Manchester United’s trajectory and where they are moving towards… get Kane for three years,” Wright said on the Wrighty’s House podcast. “United will definitely do something because they’re not a million miles away right now. I’m confused how the speculation has come out, it must be from his camp. But if United came in now, let’s say, they put £60 million on the table and throw in Martial, that’s a very good deal.

“I think Spurs fans will say: ‘Good luck Harry.’ If United have got serious thoughts about what they need next, it’s a number nine. For me, it seems like a no-brainer to go for Kane. He takes them somewhere else. It’s that kind of a signing. If it happened, that dressing room at Old Trafford starts buzzing because they know they’ve got an elite striker coming in and he will win them games.”

Reports had suggested that Spurs would be open to offers beginning at £80million for Kane, as he has just 18 months left on his current deal, but having scored the winner in his side’s 1-0 win over Fulham on Monday Kane explained there will be discussions soon over a new contract.

“There’s not been much talk if I’m totally honest,” Kane told the Evening Standard. “I’m sure they’ll be conversations over the coming months but to be honest I’m just focused on this season and doing my best for the team.

“I know there’s going to be rumours, a lot of talk and speculation about my future but I’m just focused on what I can do.”