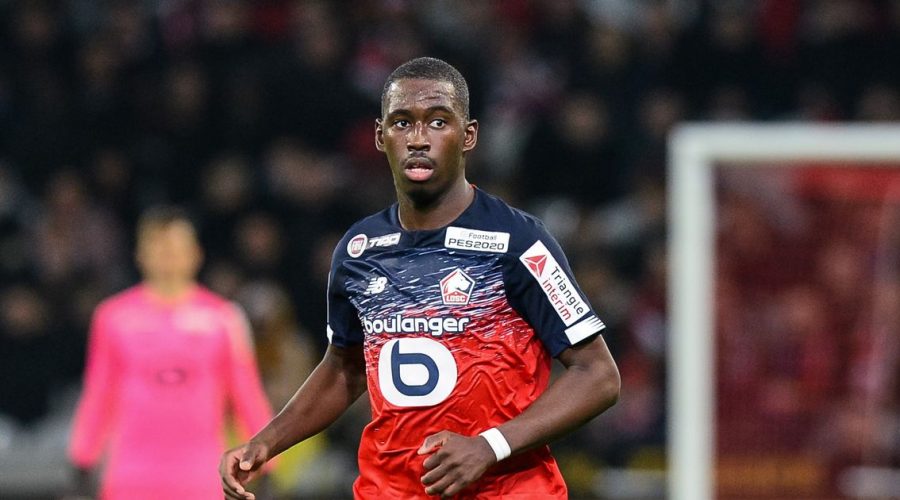 Manchester United have strengthened their options in wide areas by completing the signing of Ivorian wonderkid Amad Diallo.

Manager Ole Gunnar Solskjaer's attention now turns to other areas of the pitch, with central midfield, centre-back and right-back among his priority areas to bolster.

And the latest reports from Europe will come as a major boost to United's pursuit of Lille star Boubakary Soumare.

The 21-year-old has been linked with a number of the continent's giant clubs but the Red Devils are believed to be in pole position for the midfielder.

Elsewhere, Bruno Fernandes has sent a clear message to Paul Pogba making known his thoughts on the Frenchman's importance to the Red Devils squad.

The 21-year-old has racked up 21 appearances for the Ligue 1 club this season and is believed to be a target for AC Milan and Liverpool.

But Vito Angele claims Old Trafford is Soumare's most-likely destination, telling the Italian Football Podcast : "He is an important player but I don't think he will be coming to Serie A.

"Man Utd are working on him and they are the favourites to sign him right now. Lille are also asking a high price for him which is too much for Milan."

Bruno Fernandes insists Paul Pogba is a vital member of the Manchester United squad despite the French midfielder's agent saying he wants to leave Old Trafford this summer.

There have been doubts over Fernandes and Pogba's ability to play alongside each other, but the former claims they have a strong bond and he would like the 27-year-old to stay.

Fernandes told NBC Sport: “The relationship I have with Paul is good. He speaks Italian and I speak Italian.

“When I arrived, he was injured. I saw him recovering and training on the pitch away from us.

“It shows you the confidence he gives to you, like when he comes back, he’s trying to help you become better and you help him to become better.

“We ended the season really well playing together. But of course the beginning of the season was hard for Paul because he had COVID.”

Fernandes added: “It was really difficult for Paul to find his form but I think he’s much better and feeling much more confident.

“The goal against West Ham gave him much more confidence to understand. The team needs him and he has the quality to help us.”

Would you like Paul Pogba to stay at Manchester United? Have your say in the comments.

The Frenchman was heavily linked with a move to Old Trafford last summer but eventually decided to pen a new deal with the Bundesliga club.

However, United may return for Upamecano this summer and Mintzlaff has left the door open to a future move.

Mintzlaff's declaration is sure to also alert Upamecano's other suitors, which include United's Premier League rivals Liverpool.