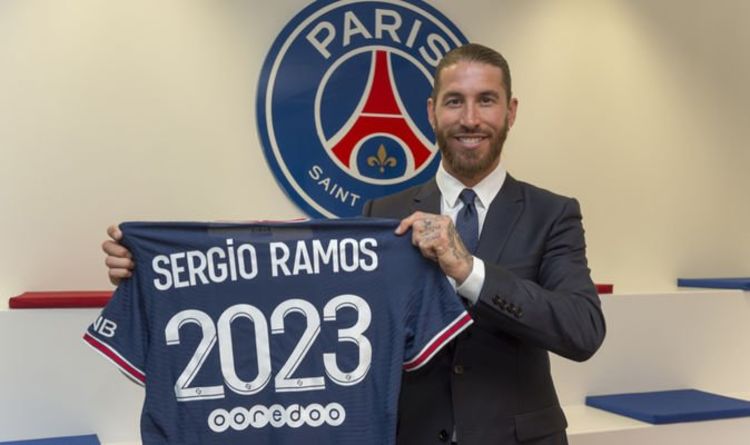 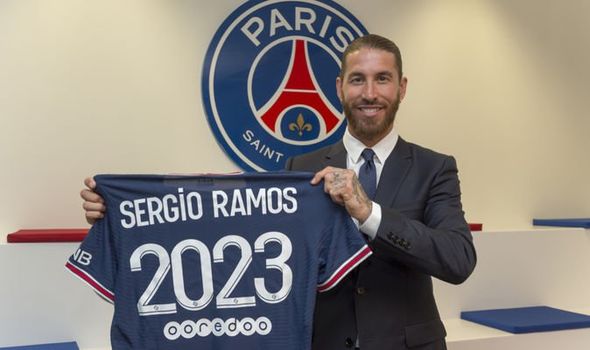 Paris Saint-Germain have confirmed the signing of Sergio Ramos on a free transfer. The central defender has signed a two-year deal with the French club.

But Ramos and Real opted against signing a contract extension this summer.

And the central defender has chosen Paris over a number of other suitors, including Manchester United.

The two-year deal means he will be with Mauricio Pochettino’s squad until June 2023.

“I am very happy to join Paris Saint-Germain,” Sergio Ramos said in an official statement.

“This is a big change in my life, a new challenge and it’s a day I will never forget.

“Paris Saint-Germain is a club that has already proven itself at the highest level. I want to continue to grow and improve at Paris and help the team to win as many trophies as possible.”

Ramos will join a star-studded squad at PSG, where Presnel Kimpembe and Marquinhos are potential centre-back partners for the Spaniard.

And club chairman and CEO Nasser Al-Khelaïfi believes Ramos’ addition his a huge fillip for the club.

“Today, Paris welcomes one of the greatest players of our era,” he said. Sergio is a complete footballer, one of the best defenders in the history of the game. He is a born competitor, a leader and a true professional.

“His vast experience and ambition is in perfect synergy with those of the club. I am proud to see him in a Paris Saint-Germain jersey and I know our supporters will reserve a fantastic welcome for him.”

Ramos had been a target for Manchester United, with the Red Devils in the market for a centre-back this summer.

But the Spaniard’s former colleague at the Bernabeu is believed to be the first-choice option for Ed Woodward and the United transfer chiefs to solve the team’s main defensive weakness.

“When I’ve seen Man United in problems and in trouble in games, a lot of the time teams have been given a bit of confidence,” former United defender Rio Ferdinand commented recently.

“They can see a chink in the armour of Man United. People know if they can get people one v one or play the ball over the defence, into one of the channels and then it’s a race.

“We haven’t had the players quick enough to do that in the centre-back areas. If you get someone like him [Varane], people start thinking ‘well we ain’t gonna play the ball over the top. Varane is gonna eat that up.’

“Someone like him, he’ll bring that authority I hope to the back line.”
Source: Read Full Article