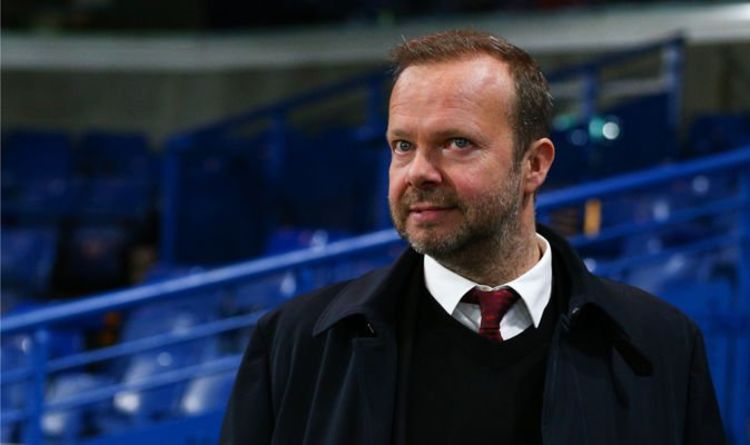 Manchester United chief Ed Woodward is still apparently fuming at the signings of Morgan Schneiderlin and Daley Blind as he prepares to step down from his role and depart Old Trafford. Woodward will make his farewell in April, with Richard Arnold taking over as chief executive.

Woodward has presided over a disappointing period for United, both on and off the pitch, since being appointed in 2013.

The Red Devils have suffered an egregious fall from grace and can no longer be regarded as serious Premier League title contenders.

Since Woodward joined the club, United have failed to finish in the Premier League top four on four separate occasions.

And they may be faced with the same destiny this season after falling to seventh in the table.

As the man at the top, Woodward has had final transfer sign-offs during his ill-fated reign and has been responsible for some terrible signings.

United shelled out big money for the likes of Alexis Sanchez, Henrikh and Mkhitaryan Marouane Fellaini, who all flopped in the north west.

And a string of other players all failed to make the grade.

According to the Manchester Evening News, the signings of Schneiderlin and Blind are the two which still pain the current chief.

Blind joined the Red Devils from Ajax for £13.8million in 2014 and was a regular under Louis van Gaal.

But the versatile Netherlands international fell out of favour after Jose Mourinho took the helm and was shipped off back to Ajax after making 141 appearances for United.

Schneiderlin, meanwhile, moved to Old Trafford from Southampton in 2015 for a fee of around £25m.

The France international had impressed with the Saints but flattered to deceive at Old Trafford under the weight of his hefty price tag.

He played 39 times during his debut season under Van Gaal but barely featured again after the Dutchman was given his marching orders.

And he was shipped off to Everton 18 months after signing for United.

Woodward’s failures in the transfer market have unequivocally contributed to United’s downfall and his Old Trafford tenure will be regarded as anything but successful.

In fact, it could be argued that Bruno Fernandes has been United’s only real top signing of recent times.

Fernandes’ arrival has been a masterstroke, although the Portugal midfielder has had a more subdued season this time out following the arrival of compatriot Cristiano Ronaldo.

Meanwhile, questions will continue to be asked over the likes of Donny van de Beek, Fred and Victor Lindelof, with even Paul Pogba and Harry Maguire enduring tumultuous careers in Manchester.

And one thing is clear – Arnold will need to do a damn sight better in the transfer market than his predecessor if United are to regularly compete for honours once again in the future.