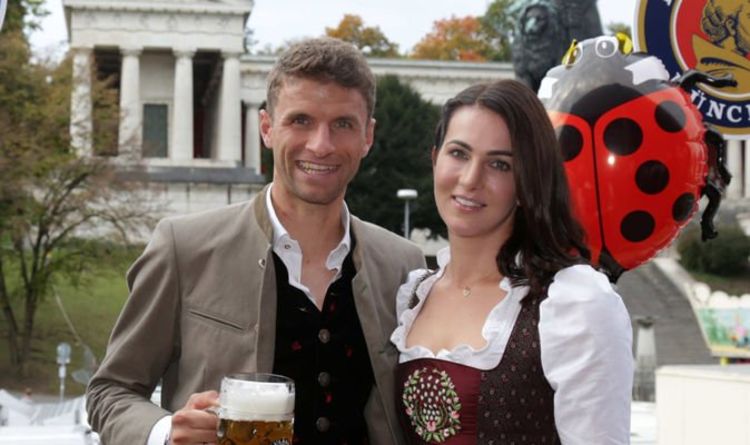 Bayern Munich superstar Thomas Muller supposedly could have headed to Manchester United had his wife not scuppered the deal. The German was the subject of a lucrative secret bid from the Red Devils during Louis van Gaal’s reign after spending two years managing Muller in Bavaria.

Muller was at the peak of his powers when United reportedly came in for him in 2015 and 2016.

His goal-scoring exploits have slowed down since, but he has continued to have a distinguished career with Bayern, as well as a bulging silverware cabinet.

The same cannot be said of United in recent years, who have failed to win a trophy in Ole Gunnar Solskjaer’s reign as manager.

Recently though, former boss Van Gaal lifted the lid on his failed secret bid to sign Muller and why it did not materialise.

JUST IN: Liverpool have nine injured stars ahead of Arsenal clash as Andy Robertson undergoes scan

“In 2015 it would have been possible if his wife had been a little more open to a transfer abroad.

“At least that was the reason Thomas gave my assistant Marcel Bout, who had had all the conversations with him, why the transfer had been rejected.”

The report also states that United were prepared to table upwards of £84m, although Bayern had no interest in selling.

Bayern’s reluctance may not have mattered anyway, given that Muller’s immediate family were not believed to be keen on a move to the northwest of England.

A similar situation is believed to have unfolded with Man Utd managerial target Zinedine Zidane in recent weeks.

According to The Daily Record, Veronique Zidane is not particularly taken with the idea of moving to England either.

It has broadly been said that Zidane is waiting for the opportunity to manage the French national team, although United are yet to put a concrete offer on the table as Solskjaer remains in charge.

With United stuck in a rut lately, Cristiano Ronaldo has been the figure who, more often than not, is called on to grasp the game by the scruff of the neck.

Had Muller made the switch several years ago, he may well have been relied on similarly.

With Saturday’s trip to Watford looming, an under-pressure Solskjaer is unlikely to be fussy about who gets United the necessary result, so long as they can bounce back from their defeat against rivals City last time out.