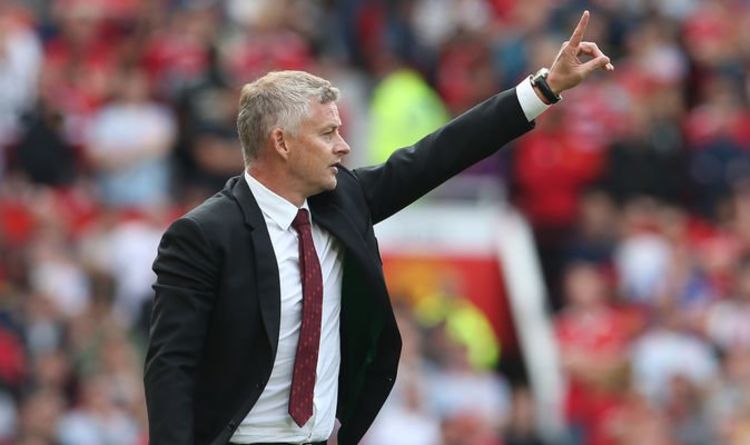 Manchester United will be looking to get their Champions League campaign off to a flying start when they travel to Switzerland to face Young Boys tonight. United have been drawn in Group F of the competition, where they will also come up against Villarreal and Atalanta.

Ole Gunnar Solskjaer’s side have begun their Premier League season in fine form and currently sit top of the table after three wins from four games.

The Norwegian will be looking to build on that strong start when his team take on Young Boys and Express Sport takes a look at how United could line up at the Wankdorf Stadium.

David de Gea has started the season in good form and has looked more like the keeper fans used to rave about a few years ago.

Dean Henderson is still not fit enough to make the United squad after a lengthy absence due to the side effects of COVID-19.

Henderson played in a youth team match for United at the weekend and is likely to be back in contention soon. But he’ll face a huge battle to prise the number one shirt off De Gea.

It’s been an intense start to the season for United and Solskjaer will surely look to rotate his squad and keep his troops as fresh as possible.

Diogo Dalot could well be handed his first start of the season on the right side of Man Utd’s defence.

The visitors are likely to have a lot of possession in Switzerland, meaning Dalot will have the licence to go forward and put balls into the box.

Raphael Varane and Harry Maguire have only ever played alongside each other twice, so Solskjaer may be keen to help the duo build on their understanding of each other’s game with another run out together.

Luke Shaw could have done with a rest for this one but deputy Alex Telles is sidelined so Shaw will start again.

At 33 years old Nemanja Matic is unlikely to have the engine to be able to play two games every week, so Fred should get the nod for this encounter.

United seem to lack creative juice when Bruno Fernandes doesn’t play and will want to get their Champions League campaign off to a winning start. So expect the Portugal international to start.

Paul Pogba has started the season in sensational form, racking up seven assists in four games.

Solskjaer will want to keep Pogba’s momentum going so will be keen for the midfielder to start, although Donny van de Beek will be pushing for some minutes.

United have been prolific in front of goal this term and have notched 11 goals in their opening four games.

With a plethora of attacking talent at his disposal, Solskjaer is likely to rotate his forward line.

Jesse Lingard came off the bench to bag United’s final goal in Saturday’s 4-1 victory over Newcastle United. And he could be rewarded with a place from the off.

Jadon Sancho didn’t start United’s first two games of the season and also had to withdraw from the England squad recently due to a minor injury.

The 21-year-old hasn’t had an excessive amount of game time this season so could well be handed another start.

And Cristiano Ronaldo should lead the line. He may have only just returned to Man Utd but he hasn’t travelled to Switzerland to sit on the bench.

Ronaldo is the Champions League’s record goalscorer and will be hoping to add to his 134 strikes in his side’s opener.