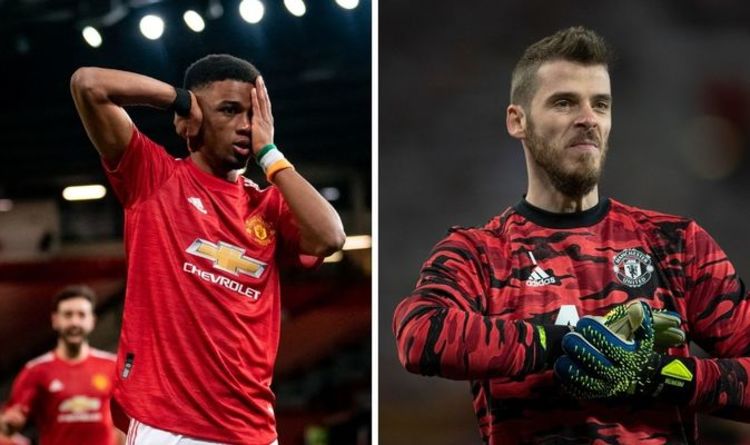 Manchester United boss Ole Gunnar Solskjaer will be without a number of key players when his side take on West Ham at Old Trafford. The Red Devils are being forced to contend with a number of injury problems, particularly in midfield and attack after the 1-1 draw with AC Milan on Thursday.

Yet Solskjaer is remaining upbeat and is hopeful that he can welcome back a handful of players after the international break.

David de Gea will be part of the squad once again after some time off following the birth of his child.

The Spaniard was back in his homeland with his wife to welcome his baby girl Yanay to the world.

Dean Henderson has filled in admirably in his absence but was questioned for his failure to keep out Simon Kjaer’s equaliser for Milan on Thursday night. 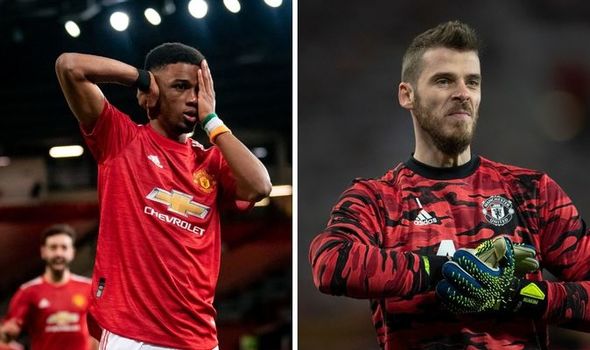 The former Sheffield United loanee is expected to keep his place though between the sticks, as he looks to nail down the role.

De Gea may now have to bide his time before he gets a chance to get back on the field again.

At the back, Victor Lindelof is expected to return at the heart of defence after being rested in midweek.

He should partner Harry Maguire, with Aaron Wan-Bissaka and Luke Shaw completing the rest of United’s usual back four.

Shaw was also on the bench in Europe as Alex Telles was given some rare minutes.

In midfield, Scott McTominay and Fred should start at the base of midfield.

The duo should get the nod ahead of Nemanja Matic, who will drop out after playing the full 90 minutes against Milan.

Donny van de Beek and Paul Pogba remain sidelined through injury but thankfully, Bruno Fernandes is still available to play as the No 10.

There should be a first start for Amad following his first goal for United three days ago. 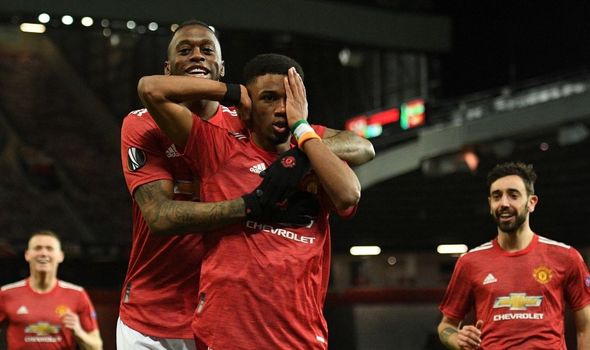 He could start out wide with Mason Greenwood moving through the middle to replace Anthony Martial.

The Frenchman is struggling with a hip problem and Marcus Rashford and Edinson Cavani are not expected to be available.

Daniel James should also continue his run of games in the Premier League by starting out wide, although he could be asked to play on the left to accommodate Amad.

There could also be a first-team call-up for 17-year-old Joe Hugill, as Solskjaer looks to fill the bench.

The academy prospect was in electric form for the Under-23s recently, when he teamed up with Amad to put six past Liverpool, scoring four himself.