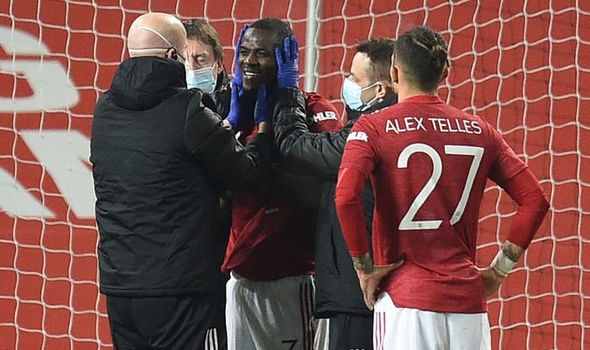 Eric Bailly was forced off shortly before half-time in Manchester United’s FA Cup clash with Watford on Saturday night. The defender collided with his own goalkeeper, Dean Henderson, and had to be replaced by United captain Harry Maguire before the break, leaving the Red Devils potentially sweating on the player’s fitness for next weekend’s crunch Premier League showdown with rivals Liverpool, with a match against Burnley before that in midweek.

The Ivorian was conscious and rose to his feet after some time on the floor, with medics bringing a stretcher to him, though thankfully it was not needed.

Bailly even appeared keen to play on despite taking a nasty blow to the head but he was helped off the field of play with United staff holding his neck.

The home side were unwilling to take a risk with the centre-back, who has suffered a spate of injury issues at Old Trafford and may possibly have suffered a concussion on this occasion.

Bailly was guided down the tunnel as Maguire replaced him and Ole Gunnar Solskjaer will be desperate for good news given the player’s recent form. 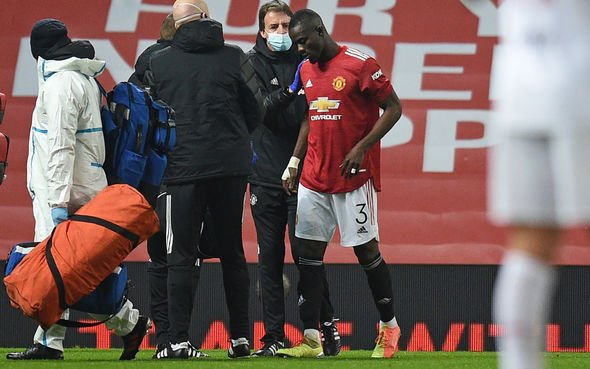 On another day, Bailly might have scored and also given away a penalty in a lively first-half, with United leading 1-0 at the interval through Scott McTominay’s early goal.

Speaking on BT Sport at half-time, United legend Rio Ferdinand said of Bailly: “He’s one of the positives. He’s one of the ones where you’ve sat and thought, ‘Actually, he looks like the difference-maker’, in that back-line especially.

“It’s something that’s undone his United career time and time again, injuries. He’s got another injury today. Hopefully it’s not too serious.”

Bailly has been excellent since returning to the starting eleven and would be a surefire starter at Anfield next Sunday when United face off against champions Liverpool.

Should they beat Burnley on Tuesday and then the Reds next weekend, Solskjaer’s side can go six points clear of Jurgen Klopp’s team atop the table.

Bailly’s team-mates swarmed him at full-time after United beat Aston Villa last week and Solskjaer was full of praise for the combative 26-year-old.

He said: “You can see today his physicality, his pace and his bravery is second to none really.

“He’s got a style of play that’s caused him to get injured a few times and probably muscle fibers have caused some injuries as well. 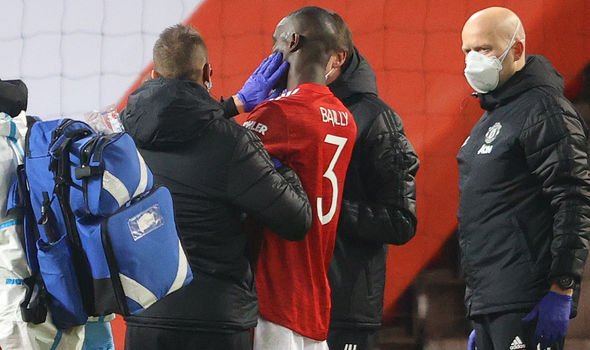 “You can see how much it means to him but also for the rest of the boys at the end of the game. Because he is such a well-liked player and man in the dressing room.

“Everyone wants him to do well and knows the struggles he’s had and we’re delighted for him.”

United will go three points clear at the summit of the Premier League table if they beat Burnley at Turf Moor on Tuesday.

The 20-time English champions are unbeaten in their last 10 league matches and have not lost on the road since being beaten by Liverpool in January 2020, winning 11 of 14 top-flight away games since then.