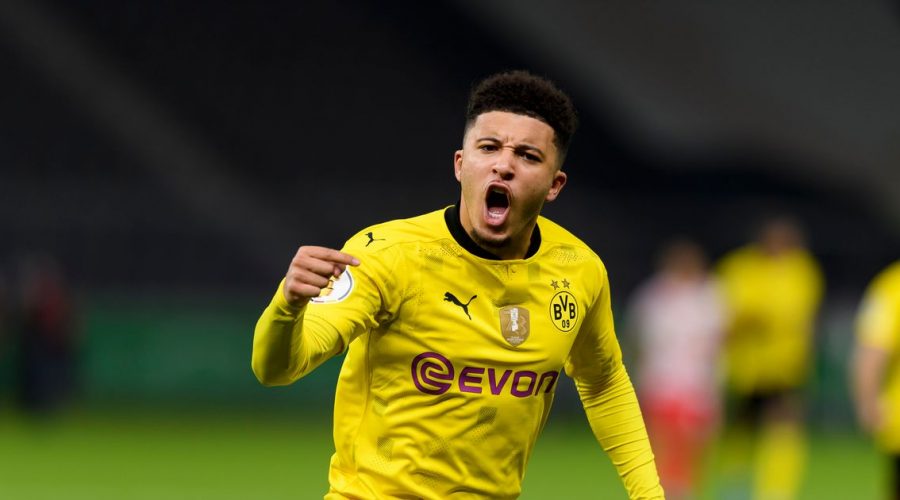 Manchester United have reportedly submitted their first bid for England international Jadon Sancho though their offer is likely to be rejected by Borussia Dortmund.

According to German publication BILD, the Reds have offered €69million (£60m) for Sancho which falls considerably short of Dortmund’s €90million (£78m) plus bonuses asking price.

United have reportedly reached an agreement with Sancho over personal terms until 2026, with the winger keen on a move to Old Trafford.

However, even with the player interested and the pandemic lowering the rate of fees for players, Dortmund are unlikely to let Sancho go for such a low price and more discussion between the two clubs is expected.

United have long pursued the winger who once again shone with a remarkable 16 goals and 20 assists across 38 appearances in all competitions last season on his way to winning the DFB-Pokal.

Dortmund demanded over €100million for Sancho last year and were willing to let him go before the pandemic made the valuation unrealistic.

The sides were unable to compromise on a fee and discussions consequently became deadlocked.

Do you think Man Utd will finally bring Sancho to Old Trafford this summer? Let us know in the comments section.

Ole Gunnar Solskjaer’s side have since finished second in the Premier League while narrowly losing out to Villarreal in the Europa League final.

They will look to improve on their attacking options as Marcus Rashford and Anthony Martial both suffered from inconsistent patches last season.

Adding Sancho would also take the creative burden off Bruno Fernandes which is crucial if United are to challenge for the title.