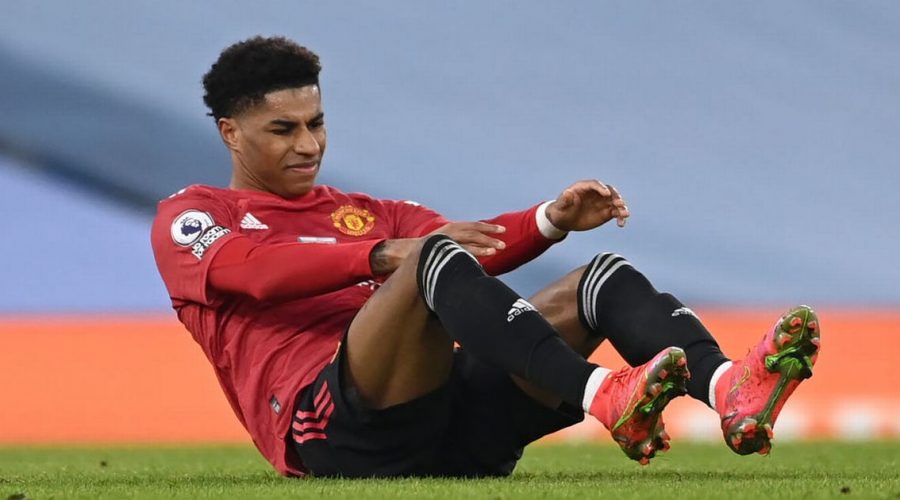 Marcus Rashford has reportedly been playing through the pain at Manchester United for two years.

Rashford has played 51 times this season though is often seen receiving treatment or struggling with a knock.

Though it hasn’t stopped the 23-year-old putting up some strong numbers, involved in 33 goals for the Red Devils this season.

Rashford missed 14 games last season due to a back injury while also pulling out of the England squad in March due to a foot issue.

And ESPN claim he has not played a game pain-free in over two years, perhaps making his consistent performances even more remarkable.

Rashford recently detailed how the club is managing his fitness, saying: "I'm alright I just take it game by game.

"It's a bit inconsistent in the way it recovers but at the end of the day, we just have to deal with it in the best way that we can, in the way that is the most comfortable.

"I'm happiest when I'm playing the games and helping the team. I just do what I can to get out on the pitch.

"It's just something that I've not really had before so it's new for me but I'm fine, I can go into the games with a clear head and just concentrate on getting the three points."

With United manager Ole Gunnar Solskjaer agreeing Rashford had to be managed game-by-game during his foot problem.

"It has been [game by game] it has been one of those that I've asked him 'how are you?' and he says it's okay," Solskjaer said.

"Yesterday when I spoke to him he said 'good.' So that's the first time in a long long while, he's never ever mentioned it so it should be no problem."

May 1, 2021 Soccer Comments Off on Man Utd star Rashford has been ‘playing through pain for two years’ with injury
NFL News