Manchester United star Bruno Fernandes has revealed he ‘always tells’ Anthony Martial and Marcus Rashford they never score enough or give him any assists. The 26-year-old has been in electric form over the course of 2020. And he’s now opened up on his relationship with his team-mates.

Speaking to United’s official website, Fernandes hailed his team-mates and opened up on the banter they have inside the dressing room.

When asked about Aaron Wan-Bissaka’s claims the midfielder laughed at his goal against Newcastle, the Portugal international told United’s official website: “I think it’s important, you know the spirit of the group is really important.

“We spend a lot of time here [at the Aon Training Complex]. We go to the hotels and to the games and have a lot of time together.

“With Az, it’s not just me. Nobody knows Aaron can shoot like that. It was his first goal for Manchester, yes? His first goal in the Premier League also? So, of course, everyone was surprised because, even in training, he never shoots. 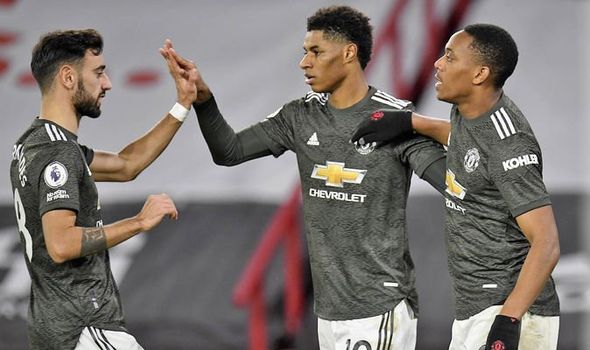 “With Marcus, there is always that kind of joke with him and Anto [Anthony Martial]. I say to them every time I pass to them, they never score.

“They never give me assists. You see again that Anto missed that chance against Leeds.

“Straight away, I looked at him and started smiling. He understands what I mean with that. I think it’s good, it’s positive.

“Of course, sometimes you have to shout at your team-mate and call him to do different things, that’s also a big part of the game, that you’re pushing a bit more for the other team-mates.

“Sometimes it’s with a smile, sometimes with other things, but the most important thing is understanding you’re doing your best for the team.”

Fernandes wants United to show fight going forward, with the club currently in contention to win the Premier League title. 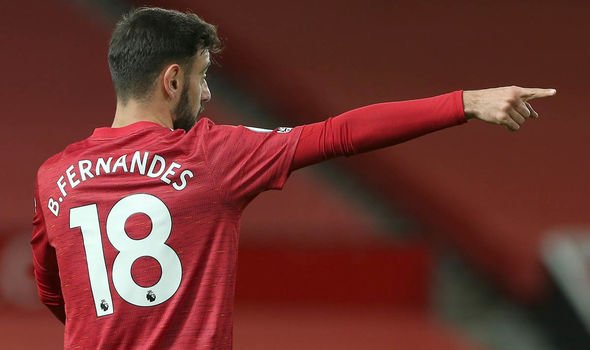 ”I will say, every time, the same thing for me,” he said.

“At the beginning of the season, I said we have to fight in all the competitions we are in.

“Now it is still the same. We’ll look for the Carabao Cup, against Everton as the main one. After that, we have to achieve trophies.

“It’s all about trophies – the Carabao Cup, the FA Cup, in the Europa League and the league. 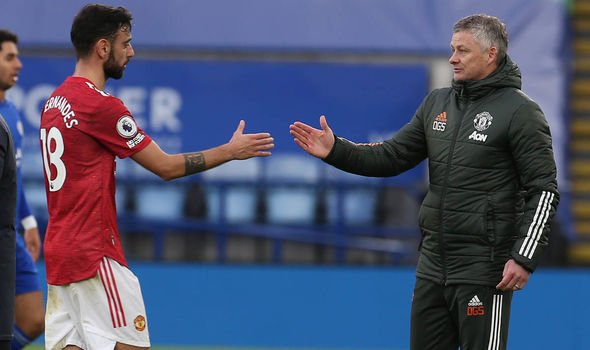 ”If we win trophies, it is the most important thing,” he said.

“If the team does win trophies, for me, it’s the same. For me, the most important thing is to help my team-mates to also be Player of the Season.

“That’s the most important thing because, if someone from the club is Player of the Season, it means that we do very, very well this season.

“I think we will always be happy if someone else takes an individual award because it means the team is doing well.