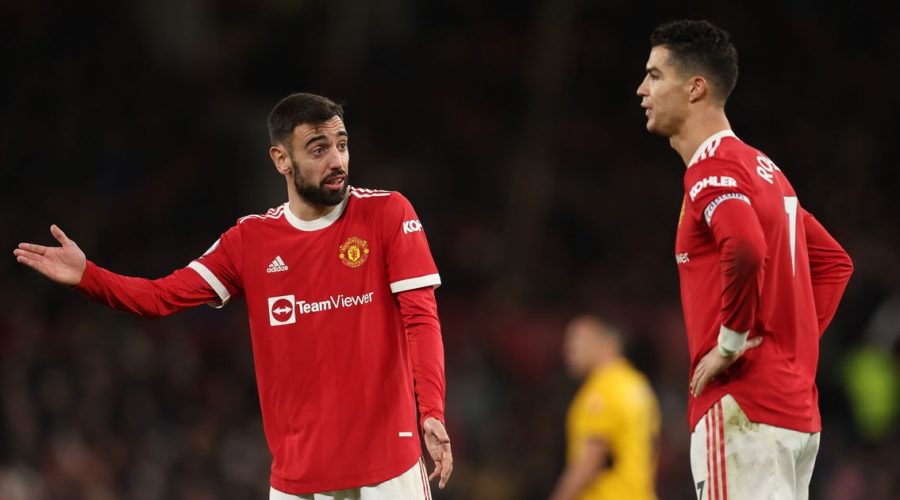 When Manchester United announced that Ralf Rangnick would take charge of the club until the end of the season, there was a sense of excitement and anticipation in the air at Old Trafford.

However, most of that feeling was completely washed away as United lost 1-0 at home to Wolves on Monday night, thanks to Joao Moutinho's strike late on.

It may have only been Rangnick's first defeat since taking charge, but the manner of their other performances have been far from convincing.

And it's not just the fans that are concerned, the players in the dressing room are also underwhelmed, according to reports.

Ole Gunnar Solskjaer was sacked in November following a brutal 4-1 defeat to Watford and when Rangnick was appointed on an interim basis, fans were expecting a vast improvement due to the legacy that the 63-year-old carries.

But despite the mass change in tactics, approach and even a complete refresh amongst the coaching staff, the United dressing room are underwhelmed with Rangnick's influence, according to the Daily Mirror.

The report states that, according to a source close to the squad, an increasing number of players who weren't prioritised under Solskjaer, are continuing to suffer the same treatment under the new manager.

This treatment has led to divisions within the United dressing-room, making it as disconnected as ever, when ironically Rangnick's famous gegenpressing system requires complete unity.

The report also goes on to suggest that many of the United players are underwhelmed by Rangnick’s coaching, and aren't at all impressed by his tactics, and are even disappointed by the quality of the assistants he has brought in.

The source said: “It’s not good. The atmosphere is really bad and it looks like there are going to be big problems ahead for United.”

It doesn't bode well for Rangnick as with his appointment only being made contractual until the end of the season, it's deterring players from buying into his system amid another change next summer.