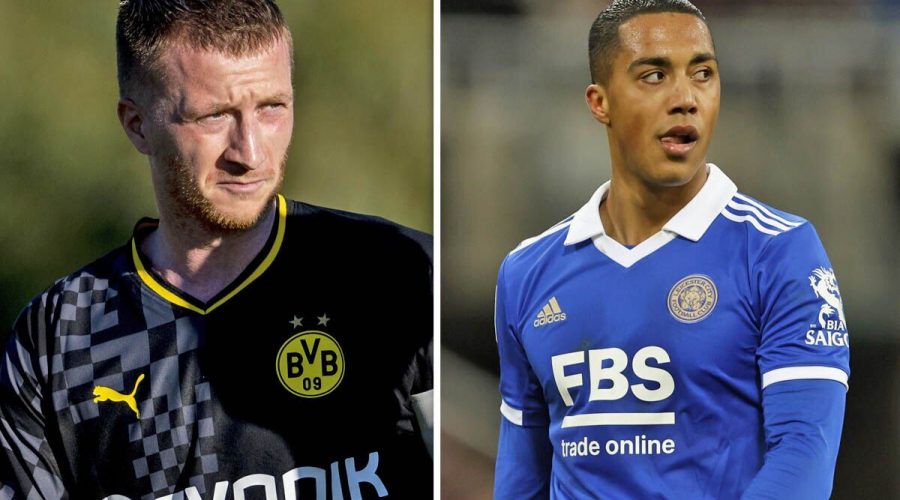 Manchester United will look at signing a ‘creative’ player late in the transfer window, according to Fabrizio Romano. The Red Devils have been linked with Marco Reus and Youri Tielemans so far this winter amid the uncertainty over their Borussia Dortmund and Leicester City futures. However, a third recruit of the window isn’t necessarily guaranteed to arrive.

But the Red Devils have since taken action to bring in two players, with Jack Butland and Wout Weghorst arriving from Crystal Palace and Burnley respectively.

Now, fans are hoping United will sign a midfielder.

Donny van de Beek has been sidelined until the end of the season, having picked up a serious injury against Bournemouth earlier in the month.

And Romano has now claimed United will look at signing a ‘creative’ player towards the end of the transfer window.

No names are mentioned right now but the club are being linked with both Reus and Tielemans.

Reus’ Borussia Dortmund contract is due to expire at the end of the season and his agent was recently spotted at Old Trafford.

It has since emerged Erik ten Hag has held talks with the veteran’s camp about a potential summer switch to the club.

Reus recently admitted he was unsure over his Dortmund future, too, revealing he was leaving things to his agent.

“That’s what I have an agent for – to take care of these things agent,” he said.

“Of course you look ahead. I still have half a year left on my contract, I have to think about it.

“We will have talks and see in which direction it goes. We’ll see what the future brings.”

Reus could become the third player to leave Dortmund for United over the past decade.

They raided the German giants for Henrikh Mkhitaryan in 2016, with the Armenia international firing them to Europa League glory the following year.

And, in 2021, United recruited Jadon Sancho after agreeing to cough up a huge £73million.

As for Tielmans, the Leicester star is also primed to become a free agent at the end of the season.

And whether United move for the Belgium international, who has also been linked with Arsenal and Newcastle, remains to be seen.

Speaking at a press conference on Friday, meanwhile, Ten Hag admitted he was open to further reinforcements arriving.

“As Manchester United, always you have to look for solutions and look for better [players] and that’s what we will do,” he said.

“We will be doing our research and if there are opportunities, then we will have to go for it.”

And Ten Hag also believes United can beat Arsenal on Sunday despite the absence of Casemiro.

“In the moment we played them, you could already see the manager’s coaching style was for a long time working in the team,” Ten Hag said of Arsenal.

“You could see good structures in the team and they improved in the first half of the season. They have a really good spirit in the team.

“We know what to do, but we have to be really good. We need a really good performance and if we do, then we have a good chance of getting out of that performance, a good result.

“It’s obvious they are in a really good run and they deserve the position where they are now.

“It’s a really good structure — they play with a good mentality, winning attitude in the team.

“That’s why they’re top of the league. They’re on a great run and it’s up to us to end that run and we’ll do everything to do that.”