Jadon Sancho is one of the most highly sought after players in world football with a number of Premier League clubs chasing his signature, but Manchester United are hopeful they have a way of beating their rivals to the post. While Bruno Fernandes have proven an instant hit at Old Trafford since his January move from Sporting Lisbon, Ole Gunnar Solskjaer is still eager to bolster his options further up the field.

Romelu Lukaku still hasn’t been replaced at United since his departure last summer to Inter Milan.

Anthony Martial and the emerging talent of Mason Greenwood have filled in throughout the season in the central role while Marcus Rashford has been utilised in a wide position.

But it’s clear Solskjaer wants more options out wide with Daniel James, Jesse Lingard and Juan Mata his only real other options in the attacking positions.

Sancho is clearly United’s top target, but Chelsea and Liverpool have also been strongly linked with a move for the former Manchester City winger.

JUST IN: Arsenal in transfer talks for midfield ‘revelation’ but so are Man Utd 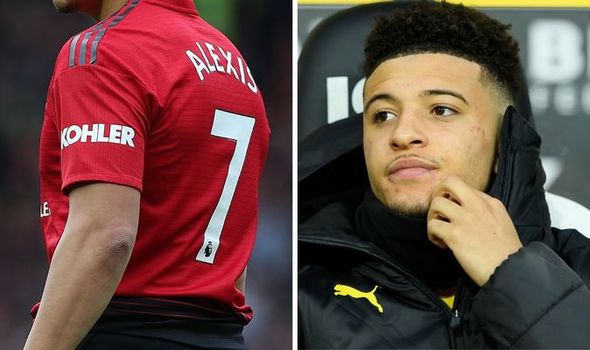 It has been suggested Jurgen Klopp has been keeping tabs on Sancho at his former club Borussia Dortmund.

Chelsea meanwhile have both Pedro and Willian out of contract in the summer and want an injection of youth into their attacking positions to join the likes of Tammy Abraham and Callum Hudson-Odoi.

Any deal is likely to cost in excess of £100million with Dortmund under no pressure to sell the attacker.

But United are hopeful they can steal a march on their rivals with one particular offering to Sancho.

There has notably been no United player in the No 7 shirt this season with Alexis Sanchez out on loan at Inter Milan.

Solskjaer has suggested the Chile international will return to the club this summer, but the Evening Standard report United are prepared to hand over the iconic shirt number to Sancho if he makes the switch to Old Trafford.

Sancho has made the No 7 shirt his own at Dortmund, establishing himself as one of the world’s leading young talents.

At just 20 years of age, Sancho already has a bag of experience behind him having lit up the Bundesliga over the past few years. 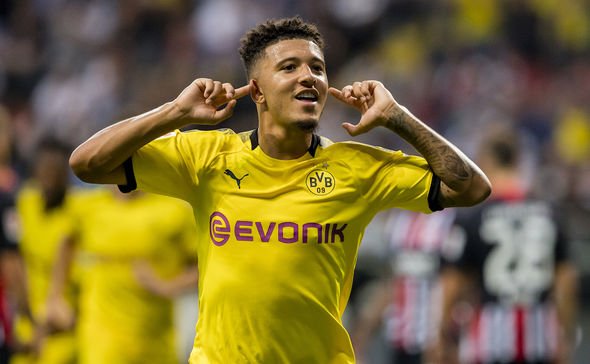 This season has been no different, with the England international scoring 17 goals in all competitions while providing 19 assists.

United’s hopes though may rest solely on whether they qualify for next year’s Champions League.

Currently fifth in the table, they could potentially have a chance with Manchester City currently banned from the Champions League for two years.

But the current suspension of the Premier League has raised doubts on when, or even if, the season will restart.