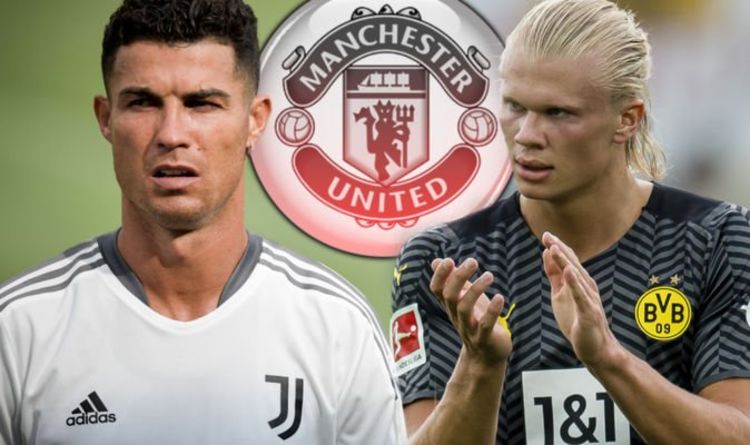 Ronaldo: All you need to know about Man Utd-linked star

Jadon Sancho has been photographed in a Manchester United shirt and shaking hands with Ole Gunnar Solskjaer. Soon Raphael Varane will be too. A deal has been agreed with Real Madrid and once visas are acquired and a period of quarantine is complete, the Frenchman will conduct a medical and put pen to paper to become United’s second summer signing.

Those £115million deals – Sancho at £73m and Varane £42m – give United’s line-up two genuinely world-class new players. Even more than that, their arrivals inject fresh enthusiasm and belief into the club’s prospects of winning the Premier League this season, having not lifted the title since 2013.

United’s starting eleven is very close to being as perfect as feasibly possible, with perhaps a dominant new central midfielder the only current requirement. In a year’s time, a younger centre-forward will meanwhile be the top priority.

Edinson Cavani, after scoring 17 goals in his debut Old Trafford campaign, is expected to be United’s first-choice centre-forward this term but at 34 and turning 35 in February, this may be his last season in Manchester before he heads back to South America.

United’s transfer planning indicates that they will pursue a long-term successor to the Uruguayan in 2022. Erling Haaland of Borussia Dortmund seems the ideal option, and he already knows his countryman Solskjaer well having worked under him at Molde.

The Leeds-born Norwegian scored 41 goals for Dortmund last term and has 86 goals in 86 club games since the start of 2018. He also only just turned 21 years of age. It’s no wonder every major club in Europe wants to sign him.

DON’T MISS: Four players Man Utd could sign and seven they could sell this summer

Adidas and Manchester United have launched their official 2021/22 home jersey, putting a modern twist on their classic club styles.

July 28, 2021 Soccer Comments Off on Man Utd owners the Glazers can sign both Erling Haaland and Cristiano Ronaldo for £64m
NFL News