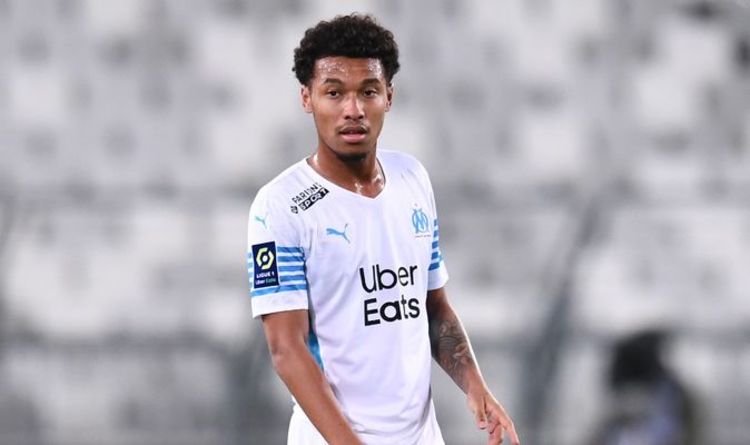 Manchester United appear to be the favourites to sign Marseille star Boubacar Kamara, as Bayern Munich’s attention shifts to committing their current players to new deals. Ralf Rangnick’s side have been frequently linked with the 22-year-old midfielder, whose contract expires at the end of the season.

The classy playmaker is currently free to negotiate pre-contract agreements with prospective clubs, having entered the final six months of his deal with Jorge Sampaoli’s side.

Kamara’s tough tackling, neat footwork, and impressive defensive awareness has seen him become a vital component of the former Chile and Argentina manager’s side.

He has made 16 appearances for Marseille this season, providing a vital safety blanket in front of their defence.

And United appear to be at the front of the queue for the France U21 midfielder, after Bayern Munich committed another key player to the Allianz Arena.

French World Cup winner and former Manchester United target Kinglsey Coman will put pen to paper on a new deal at Julian Nagelsmann’s side, according to Sky Sports Deutschland.

He follows midfield duo Leon Goretzka and Joshua Kimmich who both extended their deals at the club to 2025 in September.

Moreover, a further contract extension with former Arsenal star and West Bromwich Albion loanee Serge Gnabry is also expected to be completed in the near future.

Julian Nagelsmann’s side were also rumoured to be in the mix to sign Kamara, but the multiple contract extensions within the Bavarians could make them a less appealing prospect.

At 22-years-old, Kamara will soon enter a critical period in his developing years, which will demand regular first-team football at the highest level.

With the 2022 World Cup in Qatar on the horizon, Kamara will be hoping to make a late claim for a place in Didier Deschamps squad.

He will find it incredibly difficult to break into Les Bleus’ if he is warming the bench at the Allianz Arena, playing second fiddle to Goretzka and Kimmich.

And Bayern would also be less willing to sign the Frenchman after his jaw-dropping contract demands became apparent.

Reports from the Sun, understand the 22-year-old has demanded a hefty £150,000 per week salary, which would likely prove a huge stumbling block for Bayern, having already committed Kimmich and Goretzka to the side.

West Ham and Newcastle United were also linked with a move for the 22-year-old midfield star, but his enormous wages would make him one of the highest earners at their respective clubs.

However, the wages may not be a problem for United, who are desperately on the look-out for a new deep lying midfielder.

United have been linked with a multitude of different midfielders, such as Amadou Haidara of RB Leipzig, Yves Bissouma of Brighton and Hove Albion, and Declan Rice of West Ham United.

The Red Devils are currently languishing in seventh place in the Premier League, where they currently trail fourth placed Arsenal by four points.