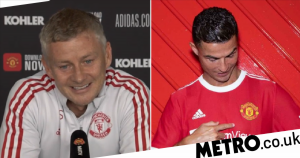 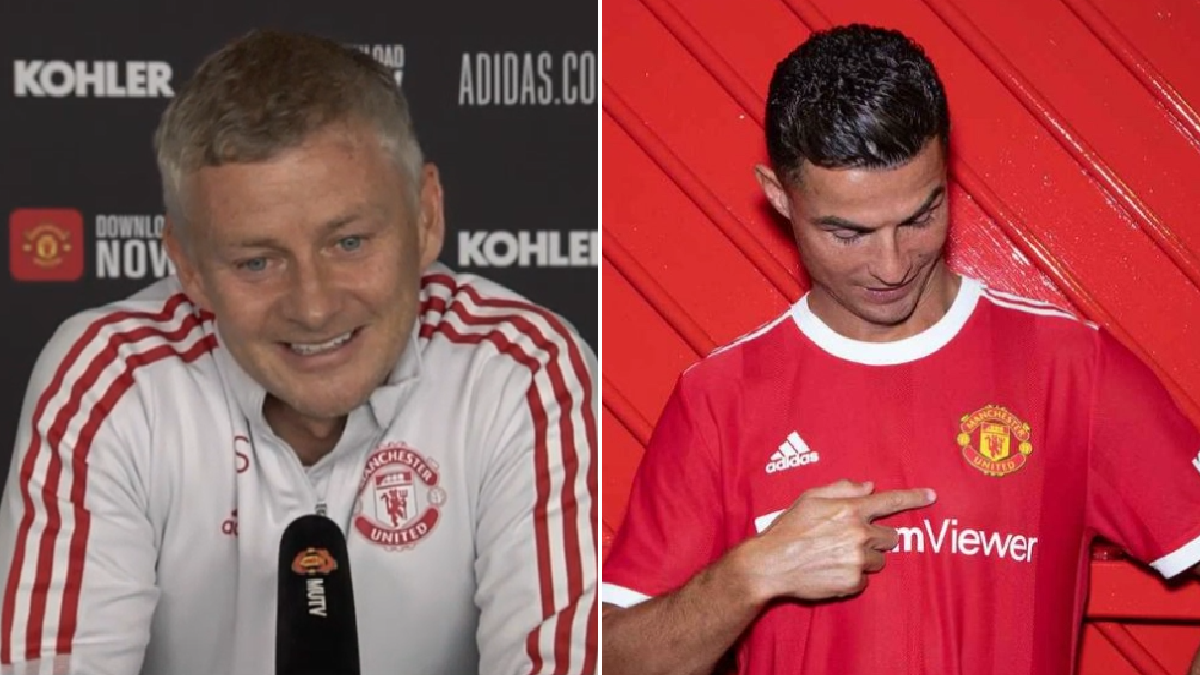 Ole Gunnar Solskjaer has taunted Manchester City over their failed move for Cristiano Ronaldo by insisting he was never going to join Manchester United’s rivals.

Ronaldo, who has won five Champions League titles and is widely considered one of the best players of all time, was in advanced talks with Man City after deciding to leave Juventus last month.

But Solskjaer insists the Etihad was never an option for Ronaldo, who subsequently signed a two-year deal at his former club Manchester United and is in line to make his second Red Devils debut on Saturday against Newcastle.

‘I don’t think there was any prospect of that,’ Solskjaer said when asked about Ronaldo’s failed move to Man City.

‘He has been having a good pre-season with Juventus, he played with the national team, and had a good week with us, so he’ll definitely be on the pitch at some point.’

Ronaldo scored over 100 goals in his first spell at Old Trafford, establishing himself as one of the best players in the world and earning a move to Spanish giants Real Madrid.

The Portugal legend won four Champions Leagues and a number of individual awards while in the Spanish capital and went on to win two Serie A titles at Juventus.

Ronaldo has made no secret of his desire to add to his trophy cabinet during his second spell at Manchester United and Solskjaer says he is happy to deal with the increased pressure of knowing his team are now among the favourites to win the title this season.

He said: ‘That’s great. The pressure is a privilege. At Man United you want that pressure.

‘As a player, coach or manager, if you want an easy life you go mid-table somewhere. No, we want that pressure. We feel it but that makes you feel alive.’

Solskjaer also denied that Ronaldo’s ego would be a problem for Manchester United, insisting he would have no qualms about resting the 36-year-old throughout the season.

‘We’ve got mutual respect for each other,’ Solskjaer said about his former Red Devils teammate.

‘He knows I’ve got to make the decisions when to play, when not to play, it’s my job to manage him and get the best out of him.

‘I want to see the best out of Cristiano and that comes from communication. He doesn’t want any special treatment. He wants to be part of the team.’

Manchester United have taken seven points from their first three Premier League games of the season and on Saturday face a Newcastle team still searching for their first win of the campaign.