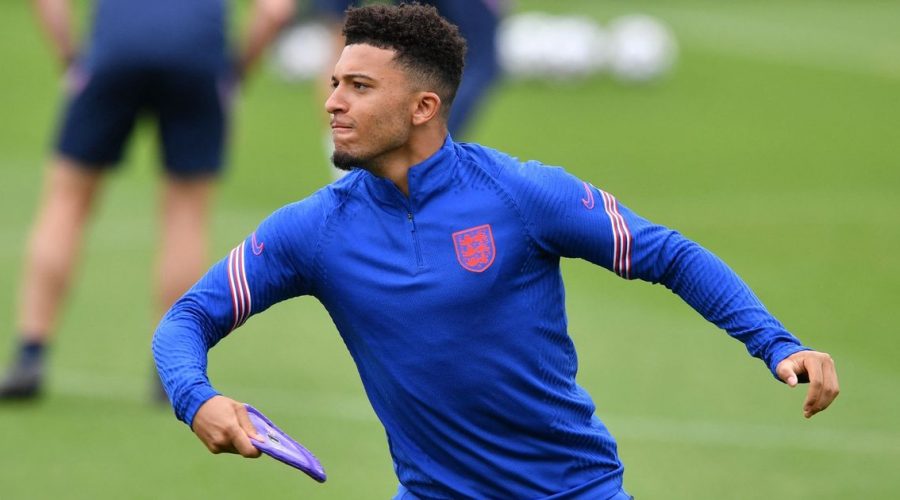 Manchester United have reportedly made an opening bid for Jadon Sancho – but Borussia Dortmund won't budge on their £82million price tag.

Sancho has once again emerged as Ole Gunnar Solskjaer's top target after the Premier League giants' failed pursuit of the winger last summer.

The 21-year-old is believed to have agreed personal terms with United on a five-year deal worth £250,000-a-week, after Dortmund told him he can leave this summer if they receive a satisfactory offer.

But the two clubs are yet to agree a transfer fee for Sancho, who is currently with Gareth Southgate's England squad for the Euro 2020 finals.

Now, the Red Devils have made an opening bid, according to a report from Germany – although it appears to have fallen short of the Bundesliga club's asking price.

That's the claim from Ruhr Nachrichten , via BVB Buzz , which describes Dortmund's valuation of €95m (£82m) plus bonuses as "non negotiable".

The report says Dortmund want Sancho's future to be sorted by the first half of July at the latest, as they target a potential replacement in PSV attacking midfielder Noni Madueke.

It is not clear how much United are supposed to have bid for Sancho, but it has been reported they are willing to pay £60m in the post-pandemic market.

Former United forward Louis Saha reckons United will be "unstoppable" if they sign Sancho and a "proper striker".

The two-time Premier League winner told GamblingDeals.com : "I think the profile of Sancho is a bit different, where he is not looking for the goal himself as other players do.

"Sometimes they do it at speed and don’t have the ability to pick the pass. This is what Sancho is doing. He’s been able to diversify his game and really pick the right passes.

"He has an attacking flow that I really like, because you have a sense that you don’t know what he’s going to do, but you know another player is going to receive the ball."

Saha added: "If he links up with a proper striker in this United side, they’ll be unstoppable. United have Bruno Fernandes, who can create, but sometimes force the passes, because he’s not quick enough.

"He has to stop, and then everyone can see that he’s going to pass the ball. Sancho is doing it by dribbling and driving forward and then picking the pass. This is what is missing sometimes.

"Sometimes, United need this unpredictability and that’s what Sancho is giving you."