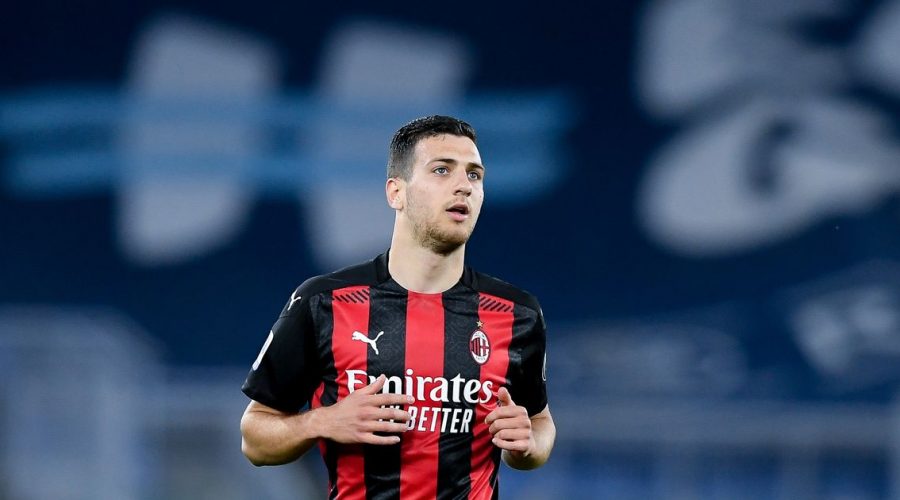 A.C. Milan will play Champions League football next season for the first time since the 2013/14 campaign and those in charge of the Rossoneri are desperate to ensure Diogo Dalot is part of their return to club football's most elite competition.

The Portugal international is on loan from Premier League giants Manchester United, where he has struggled to establish himself since joining three years ago.

Talks over Milan keeping the full-back have been progressing steadily for a number of weeks, but it appears the Old Trafford hierarchy have finally decided on a structure of deal they would be willing to accept.

According to Sky Sports (via Milan News 24 ), United are willing to allow Dalot another season in Italy providing the agreements over his loan spell for the 2021/22 season is accompanied with an option to buy.

Not only that, but United reportedly want a loan fee of around €5m and €6m to prevent ending up empty handed themselves, like they did last term following Dalot's first loan spell.

What remains unclear is how A.C. Milan will respond, as they have been touted with Real Madrid ’s Alvaro Odriozola should the cost of Dalot prove too much and they are forced to look elsewhere.

First-team football has been hard to come by for Dalot regardless of club, with the 22-year-old playing a sporadic role for Milan last term.

Though he struggled to nail down a regular starting position, he still made 33 appearances in all competitions, helped largely in part by his versatility.

The fact Dalot can play on both the left and right hand side made him an integral part of Stefano Pioli's plans, though it is clearly a trait not as highly valued back at his parent club.

Any deal for Dalot could come late into the window as the two sides work tirelessly to come to some form of agreement, but what is looking more certain is United's reluctance to continue the same deal as last season.

Where should Dalot play his football next season? Have your say here.

Dalot has two years left to run on his current United deal and was the subject of praise from boss Ole Gunnar Solskjaer earlier this year.

The United manager claimed: "I've been very pleased with his development this season, and he's our player and we're looking forward to having him back.

"We’re very happy with Diogo – that he went there to get the experience of playing for such a massive, iconic club and is getting the standards required every single week."

Get your hands on your club's special edition 2021/22 annual. Find out more here .