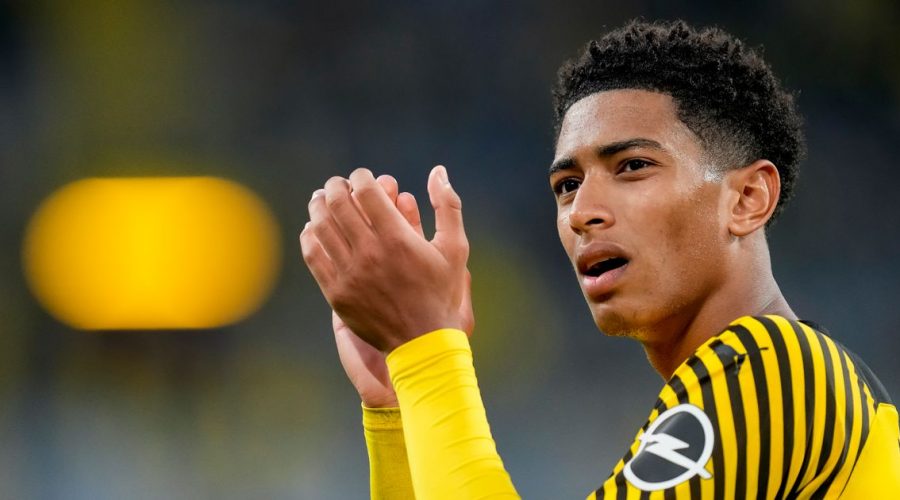 Ole Gunnnar Solskjaer could be in for a busy January – if he is still at the helm at Old Trafford by then.

The United manager has come under intense pressure recently following the club's disappointing start to the season.

But there was one area of Solskjaer's squad which was left glaringly unaddressed – the defensive midfield position.

It's now been reported that they've made contact with one potential target for the position, while a club legend has urged them to pursue a deal for Jude Bellingham.

The current Borussia Dortmund man has gone from strength to strength over the past 18 months, featuring in major tournaments for his country, as well as gaining valuable experience in both the Bundesliga and the UEFA Champions League.

And the Manchester Evening News reports that Ferdinand thinks Bellingham 'is one you don’t want to miss out on'.

Who should United sign in the January transfer window? Let us know what you think in the comments below

Jesse Lingard looks set to leave the club for nothing when his contract expires at the end of the season.

The player is said to have become frustrated at United, after the club's salary offer to renew his contract was worth less than his present salary, The Times reports.

The report adds that Lingard 'has no intention of restarting negotiations with United' and looks set to leave on June 30.

United have reportedly made contact with Borussia Monchengladbach defensive midfielder Denis Zakaria, with the player's contract also expiring next summer.

Reports coming out of Italy suggest Juventus have also made contact with the player's representatives, while Manchester City are also said to be monitoring the situation, Sportitalia TV journalist Gianluigi Longari reports.

It comes following reports in Germany that United will have to offer Zakaria a €10-12m signing on bonus if they want to sign him on a free in the summer.

Blick reports the club will now try to sell Zakaria in January as they would struggle to find the money to keep him.