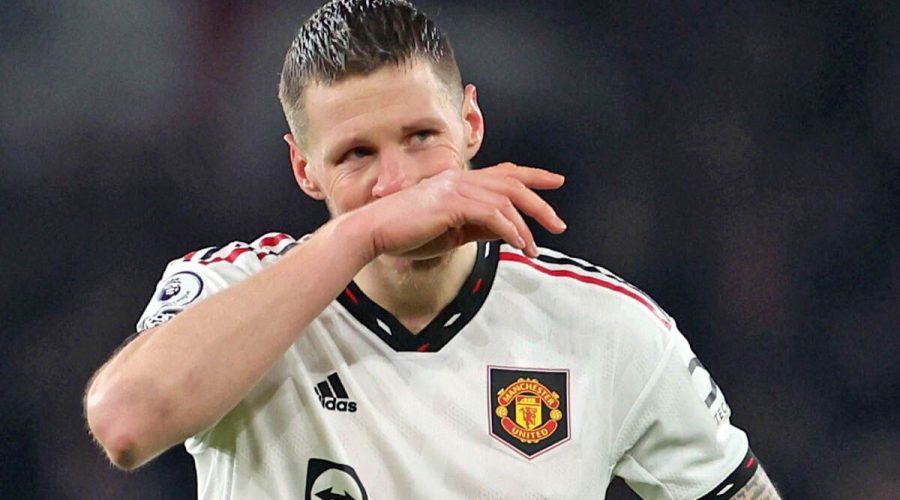 Manchester United are looking to bring in a second forward this month despite landing Wout Weghorst, according to reports. The Netherlands international recently touched down from Burnley, having spent the first half of the season on loan at Besiktas. Yet while many felt that the Red Devils’ business was done this month, that doesn’t seem to be the case.

Manchester United made Jack Butland their first signing of the transfer window, with the goalkeeper touching down from Crystal Palace.

And Weghorst then followed, with the Netherlands international arriving from Burnley.

United have been keen to stress they believe their transfer window is done, especially at a time where the club is up for sale.

The Glazers confirmed back in November they were open to leaving after 18 controversial years at Old Trafford, shortly after the departure of Cristiano Ronaldo.

Yet the Daily Mail say United are open to bringing in a second forward for a small loan fee before the transfer window shuts next week.

It’s claimed United are, however, undecided over what to do with young pair Facundo Pellistri and Anthony Elanga.

Pellistri made his debut for the club recently, providing an assist as United saw off Charlton in the Carabao Cup.

And Elanga, while being a positive under Ralf Rangnick, has struggled to kick on this term.

Both players have attracted interest from clubs in La Liga and the Bundesliga respectively.

But if United do fail to bring in a new forward, the it’s possible the duo will stay put with the Red Devils determined not to be left short.

As things stand, no names have been mentioned.

But United have made late signings in the past, most notably in January 2020.

That year, the Red Devils knew they needed a new striker with Ole Gunnar Solskjaer determined to be a success in the Old Trafford dugout.

Josh King and Teemu Pukki, who were playing for Bournemouth and Norwich City respectively at the time, were both linked.

However, United then decided to bring in Odion Ighalo instead from Chinese Super League side Shanghai Shenhua – with the forward proceeding to score five goals before returning to Asia.

Weghorst, meanwhile, has admitted he’s hoping to earn a permanent move to United at the end of the season.

“Of course [I would like to stay]. But first I have to make sure I can be of value to the team and this club.”

And the 30-year-old also shed light on how Erik ten Hag persuaded him to move to Old Trafford.

“He indicated that attacking reinforcements were desirable,” Weghorst revealed.

“A striker, a number nine. Such a type was sought to add to the selection. And then it’s simple. The best plays. I have to force it to make minutes.

“In my career I have always done one thing: score goals.

“We’ve had two games now. If I start missing big chances, then I have to start worrying. But I’m confident I can do it and I’ll be fine.

“The coach saw that I was ready. Nice to enforce that confidence from the start.

“It is fantastic to be here. The atmosphere, the away fans, the game that waves up and down. Wonderful. I’ve been here for over a week now. It’s going well.”

January 25, 2023 Soccer Comments Off on Man Utd ‘looking to bring in second foward this winter’ after Weghorst
NFL News