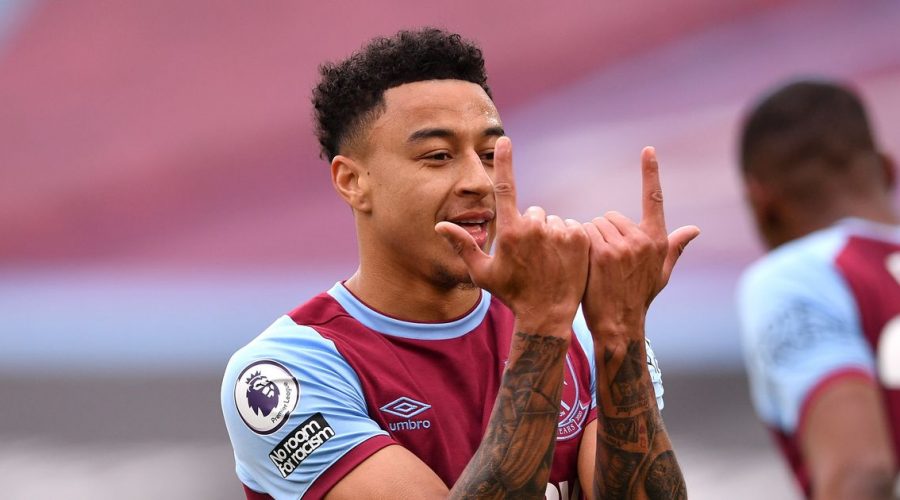 Jesse Lingard has thanked his West Ham team-mates for helping to resurrect his England career.

Lingard left Manchester United to join the Hammers on loan in January and has forced his way back into Gareth Southgate’s plans.

The 28-year-old, who played at the last World Cup, spent 21 months in the international wilderness as his United career nosedived.

But he was rewarded with a recall to the England squad after managing five goals and three assists in seven Premier League games for West Ham.

Lingard said: “It’s brilliant, and it’s a matter of getting minutes and getting regular football and trying to do the best I can.

“The team has helped me tremendously and obviously I can’t thank the players and staff for welcoming me enough. It’s time to crack on now.”

Lingard aims to show England what they’ve been missing in their upcoming games against San Marino, Albania and Poland.

But he’s also targeting domestic glory with the Hammers chasing down a top-four finish after Sunday’s 3-3 thriller with Arsenal.

Lingard said: “We know how far we’ve come already, the team have been brilliant and, as long as we stick together as a team, we can go far this season.

“We started off really well against Arsenal, obviously, going 3-0 up and we expected to go on and score four and five.

“So maybe it was a lapse in concentration and we went on to concede three goals. When you’re 3-0 up, and 3-1 up at half-time, we felt we’d go on and win the game.

“But there were chances missed and decisions made that didn’t profit us, but we can’t rely on those things.

“We were brilliant in the opening 35 minutes. We had the confidence to play and were getting on the ball and scoring goals and it was just about carrying that on.

“You can’t hide the fact that Arsenal have good players and they had a lot of possession, but we back ourselves.

“It’s about carrying on that confidence and having that belief to score four and five and not dropping off, but rather getting on the ball and still making things happen.”