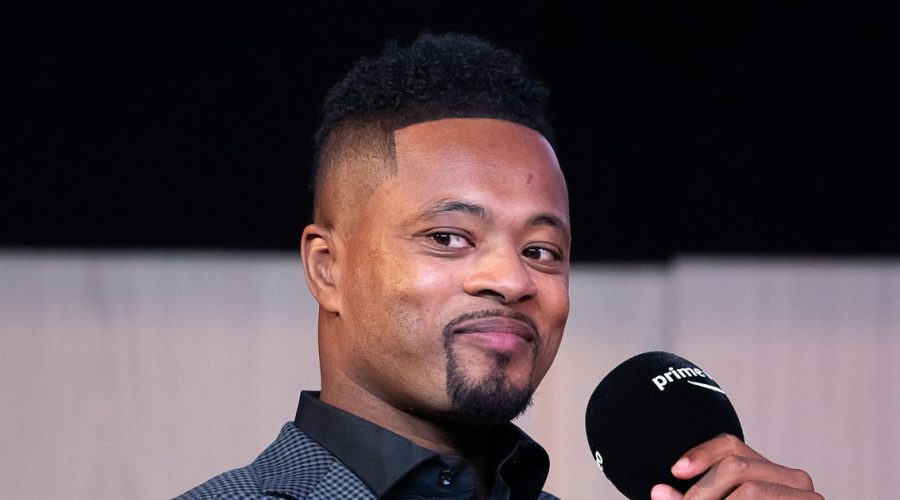 Manchester United legend Patrice Evra has named James Milner as the "most annoying" opponent he came up against in his career.

Liverpool midfielder Milner, 35, is currently in his 19th season as a professional, all of which have been spent in the Premier League.

Before joining the Reds, he enjoyed five trophy-filled years at Manchester City, where he went head-to-head with Evra in a host of highly-charged derby matches.

Reflecting on those clashes, the Frenchman was quick to name Milner as the most annoying opponents he ever faced.

"The toughest one? It's not the toughest one, but the most annoying one was James Milner," Evra revealed during a Q&A session with Manchester United's official website.

"People always expect me to say another one but James Milner. The reason was because he was always defending more than myself.

"I'm someone, I'm an attacking defender so he frustrated me so much because he was following me everywhere.

"Even if I was going in the toilet, he was going to follow me. I would say the most annoying is James Milner."

Who's the most annoying player you've ever played against? Let us know your thoughts in the comments section below.

He made over 350 appearances in total for the Red Devils and goes down as one of Sir Alex Ferguson's best value for money signings, costing just £5.5million.

Now 40, Evra retired from the professional game in 2019 after a short spell with West Ham. Former nemesis Milner, meanwhile, is still going strong in the top-flight.

He currently has 569 appearances in the Premier League, putting him behind only Gareth Barry, Ryan Giggs, Frank Lampard and David James in the all-time list.

Providing he stays fit, Milner should overtake former Liverpool and West Ham goalkeeper James on the all-time list before the end of the calendar year.